San Pedro hospital for sea lions and seals may shut down 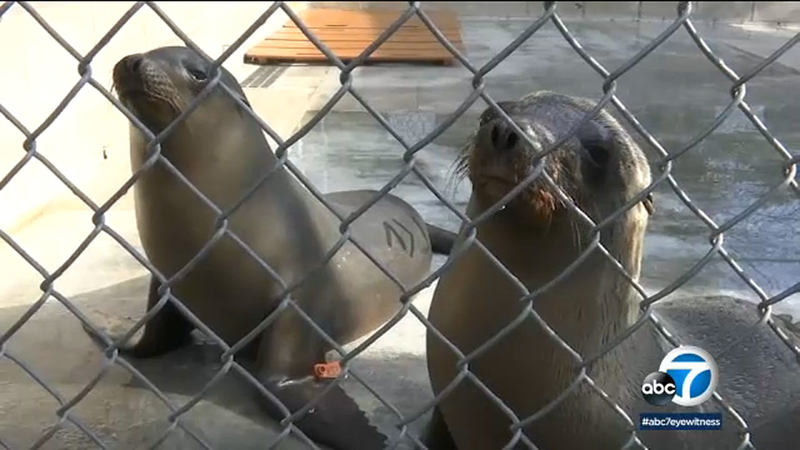 San Pedro hospital for sea lions and seals may shut down

SAN PEDRO, Calif. (KABC) -- The Marine Mammal Care Center Los Angeles is at risk of shutting its doors this year because of financial difficulties.

The reason to donate to the nonprofit is deep for 7-year-olds Riley Holmes and Ellis Wise. They visited the center Wednesday.

"They're all getting really well here, and I've never seen any other places that takes care of seals, so I'm worried if they shut down the seals won't have as much help as they did before," Holmes said.

The president of the nonprofit, Amber Becerra, said Holmes has good reason to be scared.

"There is a possibility that we would have to close our doors at the end of this year," Becerra said.

Becerra said the center needs $1 million by June to stay open through June 2021.

Becerra said coming by donations has been a challenge because the center used to be a for-profit business and many people aren't aware that changed in 2016.

"We are a 501(c)(3) and we are a charity and we do rely on public funding in order to keep our doors open," Becerra said.

About 350 marine mammals a year rely on the center. Staff there rescue, rehab and release seals and sea lions found stranded and injured on beaches from Malibu to Long Beach.

Becerra said there was an increase in cases showing the effects of plastics in the ocean.

Emaciated pups is also an issue. Becerra said warmer shallow waters force moms to head out to sea looking for food, but they don't always make it back, leaving their little ones to starve.

Though they are wild, in the eyes of a 7-year-old, it's up to people to care.

"They don't have the same blood as us, but they play like friends do and they have friends still and they act like us. They have kind of our personality," Wise said.

The center's next big fundraiser is its 10,000 Days event coming up on Feb. 16. It is open to the public and free.