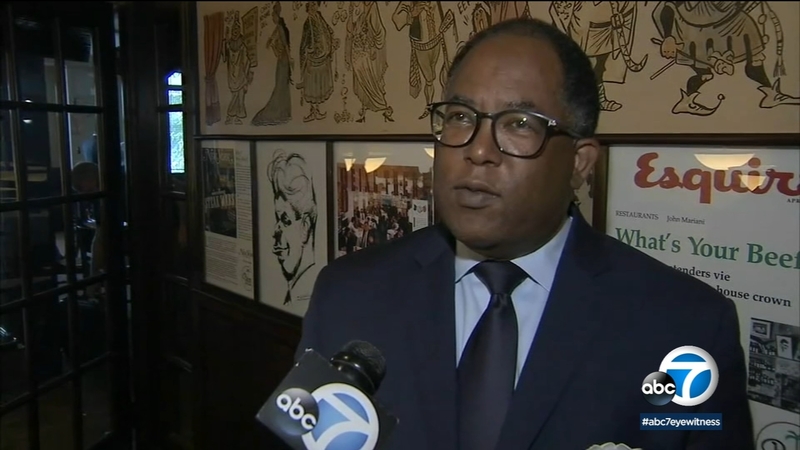 Los Angeles civil rights leaders say no one has seen any evidence in the case against Mark Ridley-Thomas. They feel any calls that he resign or be removed from the Los Angeles City Council are premature.

"We're not saying Ridley-Thomas is innocent but we're also saying that he's not guilty until proven guilty in a court of law," said Najee Ali with Project Islamic Hope.

The 20-count indictment alleges Ridley-Thomas conspired with Marilyn Flynn, the former dean of USC's School of Social Work, in an alleged bribery scheme.

Investigators say Flynn agreed to give Ridley-Thomas' son, Sebastian Ridley-Thomas, a number of benefits including a full scholarship to graduate school and a paid professorship. Allegedly $100,000 in Ridley-Thomas campaign funds would be funneled through the university to a nonprofit to be run by his son.

In exchange, according to the indictment, Ridley-Thomas supported contracts involving the School of Social Work, that would bring USC millions of dollars.

News of the indictment prompted a quick response from City Councilman and mayoral candidate Joe Buscaino, who called on Ridley-Thomas to resign.

"I am shocked, saddened, and disgusted by the Federal bribery charges against Mark-Ridley-Thomas," he said in a tweet. "These charges tarnish the reputation of the entire LA City Council, and because of that, Ridley-Thomas should immediately step down from his position.''

"We believe it's inappropriate for Councilman Joe Buscaino or any city leader to call for his resignation. Mark Ridley-Thomas deserves due process," Ali said of that response.

Some say the indictment indicates other people might have taken part in the alleged scheme. They want them prosecuted as well.

"When did they know it and who knew it? USC officials, the finger is pointed at them," said Earl Ofari Hutchinson with the L.A. Urban Policy Roundtable.

Sarge Hall lives in Ridley-Thomas' district and feels he should step down.

"When I ask and call for his resignation, I'm only calling and asking on the grounds of how can you really serve our district and focus with the weight of this," Hall added.

Both Ridley-Thomas and Flynn are expected to turn themselves into federal court for an arraignment in the next few weeks.