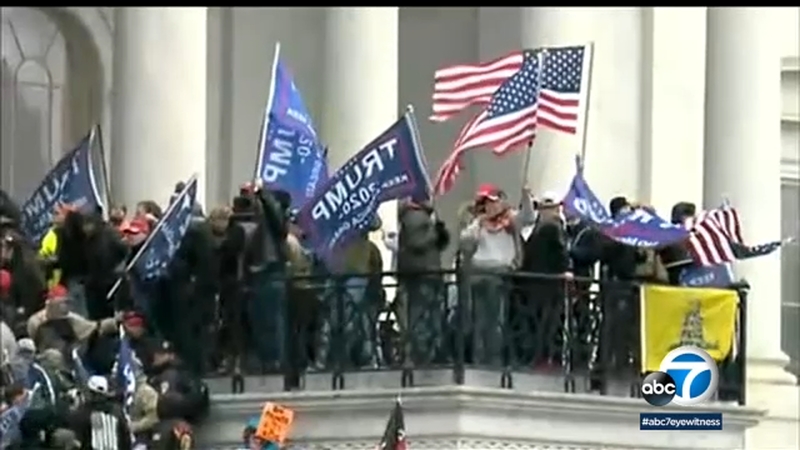 RIVERSIDE, Calif. (KABC) -- Democratic Congressman Mark Takano from Riverside hosted a virtual town hall on Sunday to discuss Wednesday's insurrection at the Capitol. Takano has been vocal advocate for impeaching President Trump again and is calling for swift and stern action.

Rep. Takano was one of the lawmakers forced to evacuate his office during the violent riot.

"Because the president is clearly unhinged, I've also called on Mike Pence and members of the cabinet to invoke the 25th Amendment, which allows for the immediate removal of President Trump from office," said Takano.

Several Democrats have also spoken out in favor of impeachment.

House Speaker Nancy Pelosi says the House "will proceed" with bringing legislation to impeach President Donald Trump to the floor. Pelosi made the announcement in letter late Sunday to colleagues.