The students celebrated the land being returned to the Bruce family, who originally bought it in 1912.
KABC
By Jaysha Patel 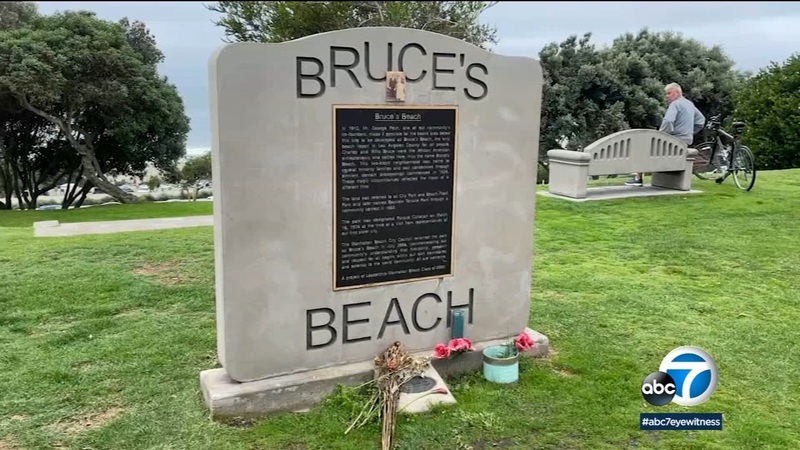 A year ago, the club met with city officials to discuss what could be done to honor the Bruce family.

"Last year when we were here, it was around election time and we wanted them to know that they can be activists and that their voices are important," said Carlos Royal, associate professor of sociology at California Marymount University.

The history of the Bruce family's land goes back to the 1900s.

"Charles and Willa Bruce actually bought land in 1912 down at the base of this park, and they had a successful resort for about 12 years until the city of Manhattan Beach in 1924 condemned the property by imminent domain and took it away from them," said Mitch Ward, former mayor of Manhattan Beach.

Ward says about 30 years later, it was turned into a park and in 2006, it was renamed in honor of the Bruce family.

"The state of California, along with the state assembly and the California senate, has passed a law and the governor has signed it into law that will allow the county of Los Angeles to transfer the property back to the Bruce family," said Ward.

Students say it's important for their generation to pass this history along.

"Every generation has a signature moment. You know? They have a moment where it's your time now. The baton is passed to you and I think that time is now," said Chuck Nunley, a senior at Marymount California University.