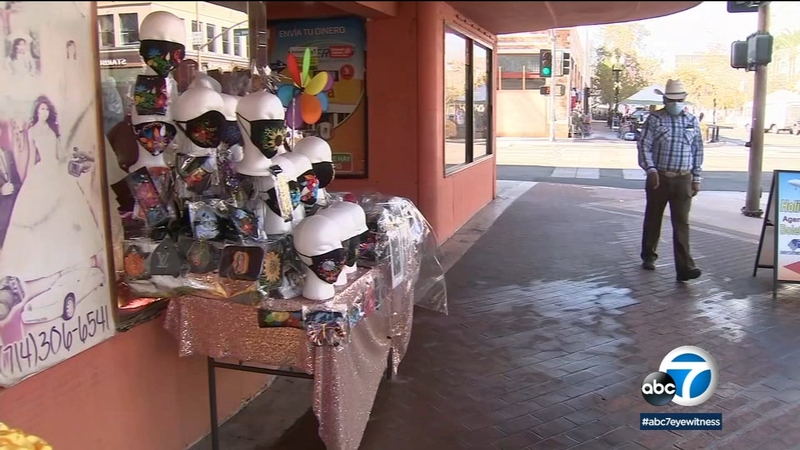 SANTA ANA, Calif. (KABC) -- A mandate to wear masks is on the way after the Mayor-elect and current Mayor got unanimous approval Tuesday night from the city council.

"We don't want to criminalize behavior, but we also want to make sure that people follow the law and more than anything, protect themselves and protect others," says Mayor-elect Vicente Sarmiento.

Ariel Ortega lives in one of the regions most impacted by COVID-19, the 92703 zip code where Wednesday, the test positivity rate sat at more than 17%.

That's double the rate of Orange County overall. Four other zip codes in the city had rates above 16%.

"It's helpful because they're just trying to protect us and I'm just glad that we have people that care about us. That they want us to have a future," says Ortega.

Sarmiento says much of the city's residents are part of the the essential workforce. That, combined with a high population density and multigenerational housing, leave this community vulnerable to the pandemic.

He says the goal is to target repeat offenders.

"It gives us the ability to mandate and to enforce and to possibly issue infractions for those that repeatedly don't follow those mandate orders, and that's really what we want to do is first educate," Sarmiento says.

Paulina Sanchez and Emerlyn Paz work with students in Santa Ana and their families, both are onboard with the mandate.

"They're not taking the pandemic seriously and I think that's a big issue, which is why the numbers keep rising," says Paz.

"I've just seen that some people are careless and they don't wear their masks and I feel like that's a problem, and we obviously need to do something about it 'cause the numbers are going up," Sanchez says.

Sarmiento says city staff were looking at the language of already existing orders in Orange County for guidance, specifically, the cities of Fullerton, Costa Mesa and Anaheim, so they can all be in line with each other.