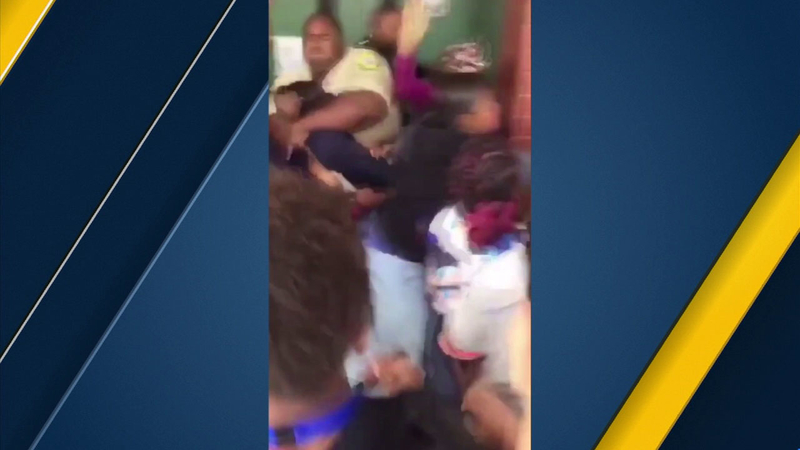 Massive Melee at Cajon High School in IE under investigation

SAN BERNARDINO, Calif. (KABC) -- A series of violent fights at Cajon High School in San Bernardino on Thursday is the subject of a police investigation. The fights were captured on video and shared thousands of times on social media.

A melee at the school, one after another, broke out during lunch hour inside the campus and outside. Both boys and girls were getting into the mix in as many as eight separate fights or more.

School police as well as San Bernardino police officers were on hand and are now investigating.

One student can be seen being carried by a guard or officer and placed on a table.

Eyewitness News was told by officials that nobody was sent to the hospital, but at least two people said that a friend or child was taken to the hospital with either injuries or after being sprayed with pepper spray.

"My friend got jumped and right now he's in the hospital 'cause three people jumped him," one student said.

The San Bernardino County Unified School District described the events on Twitter as a few small fights, but cellphone video makes that look like an understatement.

The district went on to say the campus was never on lockdown and school let out at its normal time.

Students said tension was brewing throughout the week, with fights taking place daily and leading up to Thursday's free-for-all.