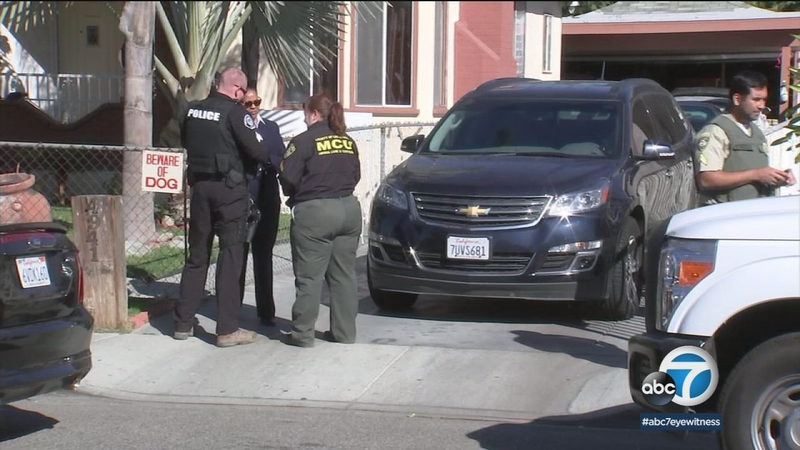 The Los Angeles County District Attorney's Office declined to provide additional details about the operation, which was conducted by its Bureau of Investigation.

The Los Angeles County Sheriff's Department referred questions about possible arrests to the D.A.'s office. In an interview with ABC7, Medina's daughter said her father had not been taken into custody and that she was unaware of the nature of the investigation.

Neighbors said the mayor had several dogs and kennels at his home, which may be why authorities were joined by animal control officers there.

Authorities also searched through several vehicles and photographed them. At the same time, other authorities headed to the home of Vice Mayor Richardo Villareal as well as a contract in the city - V&M Ironworks.

The big question people have is what is being investigated?

"We're not sure what this has to do or what this investigation is about. We're going to wait and see what comes of it," Councilman Eddie de la Riva said.

The actions come four months after a state audit was critical of the city for poor oversight of its operations and finances. The audit found the city had repeatedly violated the state's open meetings law and competitive bidding requirements when awarding contracts.

The mayor issued a statement late Thursday night regarding the raids.

"I am disappointed that the District Attorney served these search warrants without revealing the nature of the investigation. Despite the opaque nature of the investigation I intend to fully cooperate with the authorities and expect to be totally vindicated upon its completion. I want to ensure my constituents that I have done everything in my power to meet or exceed their expectations when they first elected me to office, and I'll continue work every day to maintain their trust while ensuring this city continues to provide the best programs and services for our residents.