Los Angeles is first in US to install subway body scanners

Los Angeles' subway system is the first in the country to install subway body scanners that screen passengers for weapons and explosives.

LOS ANGELES (KABC) -- Los Angeles' subway system is the first in the country to install subway body scanners that screen passengers for weapons and explosives.

Passengers at Union Station Tuesday may have noticed the new step L.A. Metro is taking toward safety.

The scanners are purchased from Thruvision, which is headquartered in the United Kingdom. The machines scan for metallic and non-metallic objects on a person's body, can detect suspicious items from 30 feet away and have the capability of scanning more than 2,000 passengers per hour.

Here's how it works -- commuters walk by the small, mobile machine and they're scanned for weapons. This new technology was tested and tweaked by the Transportation Security Administration for more than a year. Then, Metro jumped on the opportunity to bring it to Southern California.

"This is a completely noninvasive and portable screening system that passively screens weapons or individuals for weapons or explosive devices," said Phillip A. Washington, Metro's CEO.

At Union Station, commuters came down the escalator and passed by the machine -- there was no delay.

We still don't know how many of these machines will be purchased or the cost -- that's all being worked out with the TSA.

The Thruvision scanners are mobile, so they can be rolled into place where they're needed.

"Anything we can do that will add even a little bit of security to make sure that people feel safe and are safe when they're riding public transportation, I think it's so important that we do it," said LAPD Deputy Chief Phillip Tingirides.

Training to utilize the scanners starts immediately. In the next few months, commuters will see the machines deployed at different stations around Los Angeles County.

Metro has previously tested several different types of body scanners, including airport-style screening systems where passengers walk through a scanner. The pilot program was meant to evaluate the accuracy and capacity of the portable machines. 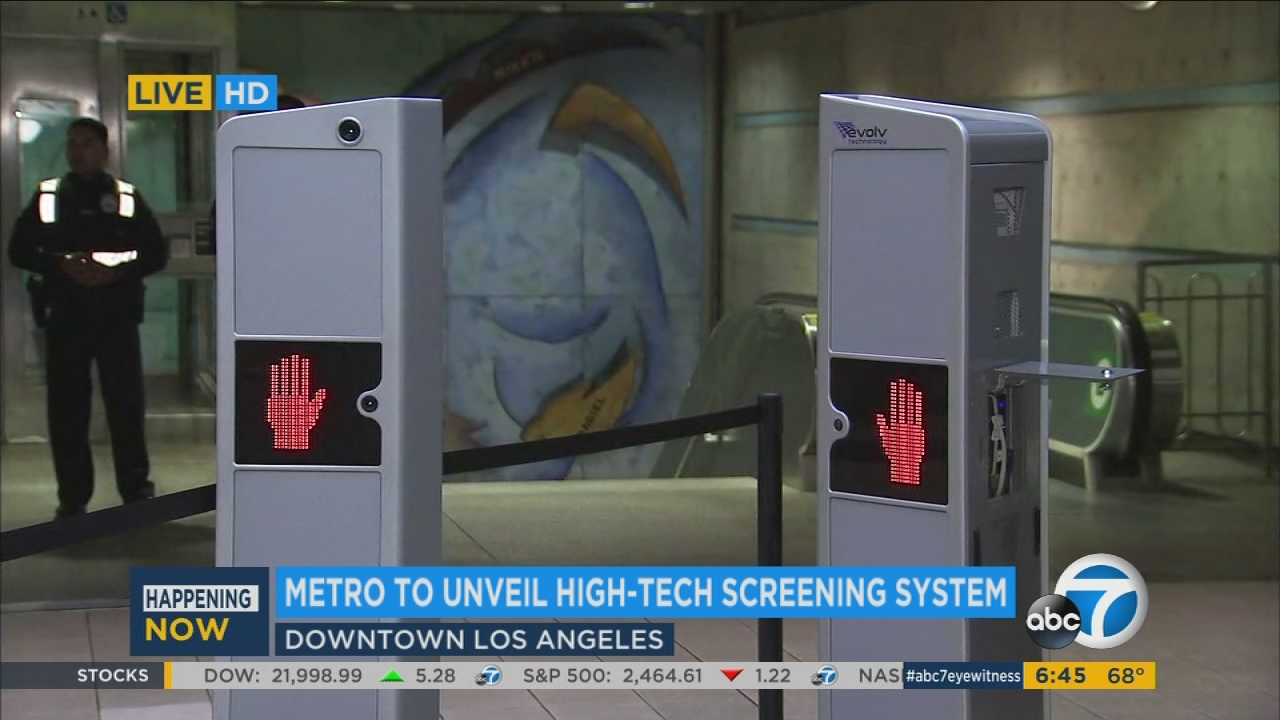