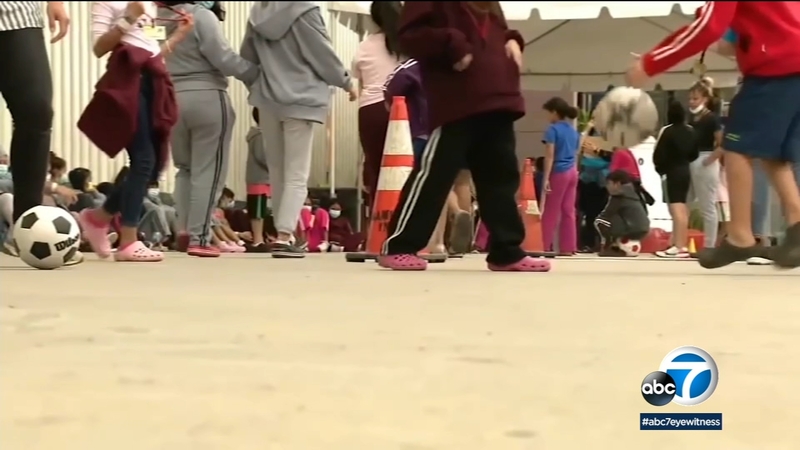 LONG BEACH, Calif. (KABC) -- Three months after the Long Beach Convention Center was turned into a massive shelter for migrant children who arrived at the U.S.-Mexico border unaccompanied, all of them have left the facility.

Officials on Friday announced that 1,538 children who were being housed there have either been reunited with family or a sponsor in the U.S., or taken to a more permanent shelter.

According to the city, the Long Beach facility primarily housed girls aged 5 and older, with most housed for an average of 19 days. About 130,000 items were donated to the operation, including food, toiletries, clothing, baby care items and 30,000 toys.

"We could not be more proud to know that, as a city, we played a part of a much broader mission," Mayor Robert Garcia said.

The closure of the shelter comes more than a week before the Aug. 2 deadline.

Garcia thanked his community for its support, state and federal leaders, city partners, and the team who worked directly with the children, including an organization that provided legal services since the city welcomed the minors to the facility on April 22.

"Almost 90% of the children that came through Long Beach were reunified with immediate family members," said Yliana Johansen-Mendez, with Immigrant Defenders Law Center.

According to the U.S. Department of Health and Human Services, about 150 children were transferred to more permanent facilities across the nation.

Some 200 clinicians with UCLA Health provided medical and psychological support, including COVID-19 vaccinations for those over the age of 12.

"Many of them had very difficult journeys just to get to the United States and at the end of the day, the most important thing for us to remember was that they were children. They needed love and care and compassion," said William Dunne, administrative director with UCLA Health.

"Hopefully we've given them a strong foundation, both in their physical and mental health, as they move forward in the next steps of their journey," he added.

Those next steps include immigration proceedings. Johansen-Mendez says Immigrant Defenders will continue aiding children who are now locally housed.

An HHS spokesperson told Eyewitness News there will be a 30-day follow up with each of the children to ensure they are in a "productive and safe environment."