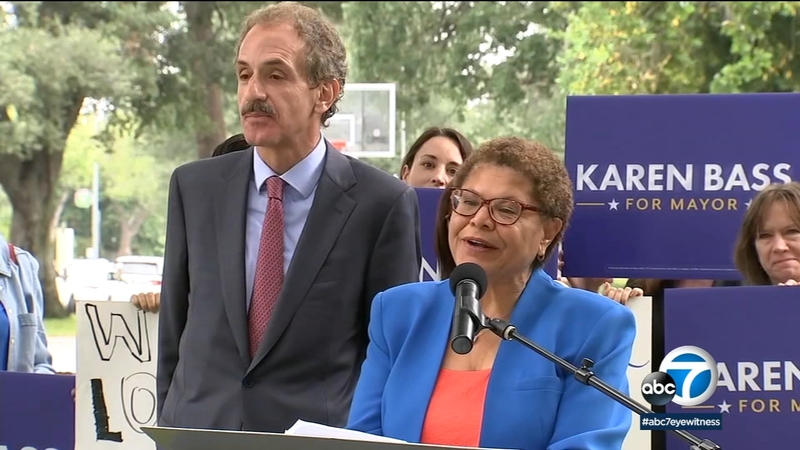 Feuer joined Bass for a news conference in Encino Tuesday morning, where he endorsed her campaign for mayor.

"The choice is stark. [Bass] is right for L.A., Rick Caruso is wrong for L.A.," Feuer said at the press conference. "You govern like you campaign, Rick Caruso's campaign has been a toxic mix of false claims."

Bass and Feuer have known each other for years, both served in the state legislature at the same time.

Bass said she plans to use Feuer as a resource and tap into his ideas on how to fix L.A.

"Mike is a leading example of what can happen when we take on the biggest fights of our times," Bass said. "From beating the big banks, to the big polluters, to tackling the NRA... he knows that the only way Los Angeles will move forward from the crisis that we face today is by uniting people of all backgrounds around an agenda that speaks to a need of all Angelenos."

Feuer told Eyewitness News that his campaign ran out of money, which led to the decision to drop out of the race.

Angelenos have already been sent their ballots from the Los Angeles County Clerk with Feuer's name on it. Voting ends for the election on June 7.

The end of Feuer's campaign comes just days after Councilman Joe Buscaino ended his run for mayor and endorsed billionaire real estate developer Rick Caruso. Caruso and Bass are the two frontrunners in the race, according to recent polls.