"Military Wives" tells the true story of women who form a choir to help ease the stress involved with their partners serving in Afghanistan.
OTRC
By George Pennacchio 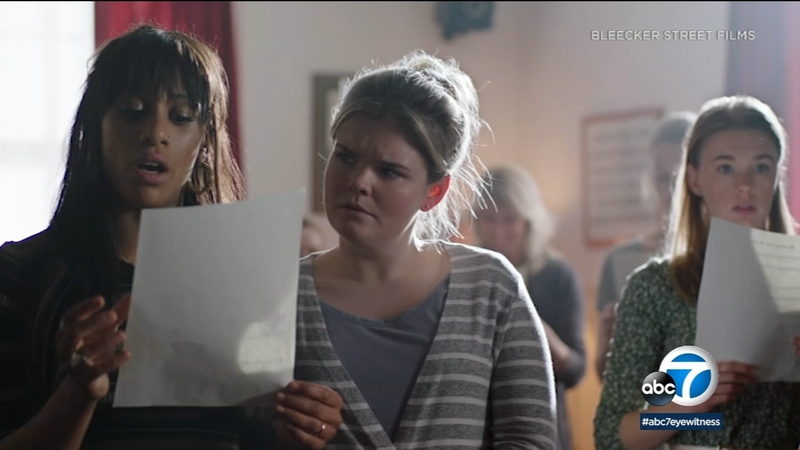 'Military Wives' a true story of support on the homefront

The new movie "Military Wives" is inspired by true events.

With their partners off on a mission, the women on a British military base join forces to help each other.

How do they do that? They form the very first military wives choir.

"Military Wives" tells a story of women who come together to help ease the stress involved with their partners being away, serving in Afghanistan. They end up creating a choir. And the music becomes meaningful for many reasons. Oscar winner Kristin Scott Thomas leads the cast.

"What we learned making the film is that you are stronger together and the proof was in the singing because individually, not up to much, but all together as a group - sorry, beg your pardon, but together we did make quite a good sound," said Scott Thomas.

"It was a very intense filming period," said co-star Sharon Horgan. "We had a short amount of time to film it and also we had to learn how to sing. We had to learn to sing as a choir so we sort of had this baptism of fire. And we just spent a lot of time together and we loved it. It was glorious."

The characters are often at odds, but they're making this choir happen - a respite from various issues they all have in their lives.

"They have this thing that they can be proud of. They've brought these women together and they've sort of encouraged them to do this thing that is really brave. They put themselves on the line," said Horgan.

"What is interesting about this film is that you see all these women and they all have different stories and they're all in the same boat. But they all are very different characters and they all get through it together," said Scott Thomas. "It's a great film about female friendship, actually."