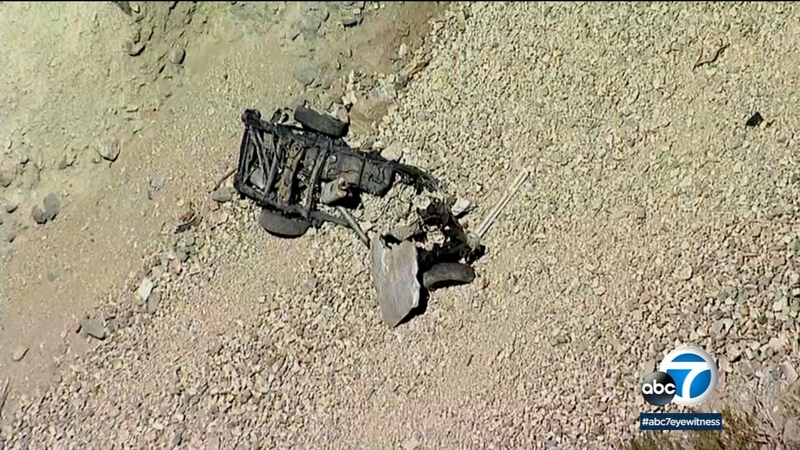 ANGELES NATIONAL FOREST (KABC) -- Two bodies and the belongings of a missing couple last seen in the Angeles National Forest have been found, according to authorities.

The coroner is now in the process of officially identifying the bodies, but authorities and two volunteers assisting in the search say they have found the couple's belongings. The discovery was made as sheriff's detectives were searching for Sophie Rayanne Edwards, 19, and her boyfriend, Ethan Manzano, 19.

The couple was last seen around 1:30 p.m. Thursday near mile marker 51 of the highway, according to the Los Angeles County Sheriff's Department.

Meanwhile, the wreckage of a vehicle was being examined down the side of Angeles Crest Highway near mile marker 72.

The two volunteers assisting in the search say they may have found the vehicle driven by the missing couple. Authorities are still in the process of determining the vehicle's owner.

Anguished family members are devastated by the news.

"I can't believe I'm going to be burying my son. He's only 19," said Al Manzano, the father of Ethan.

"She was an amazing young lady, very intelligent and kind and just full of life and spunk," said Cheyenne Chassie, Edwards' sister.

Manzano -- who has an unspecified mental condition -- is 5-feet-3 inches tall and weighs around 135 pounds. He has brown eyes and wavy black hair. Like his girlfriend, he was last seen wearing a gray Newcombs Ranch shirt. He also wore dark jeans.