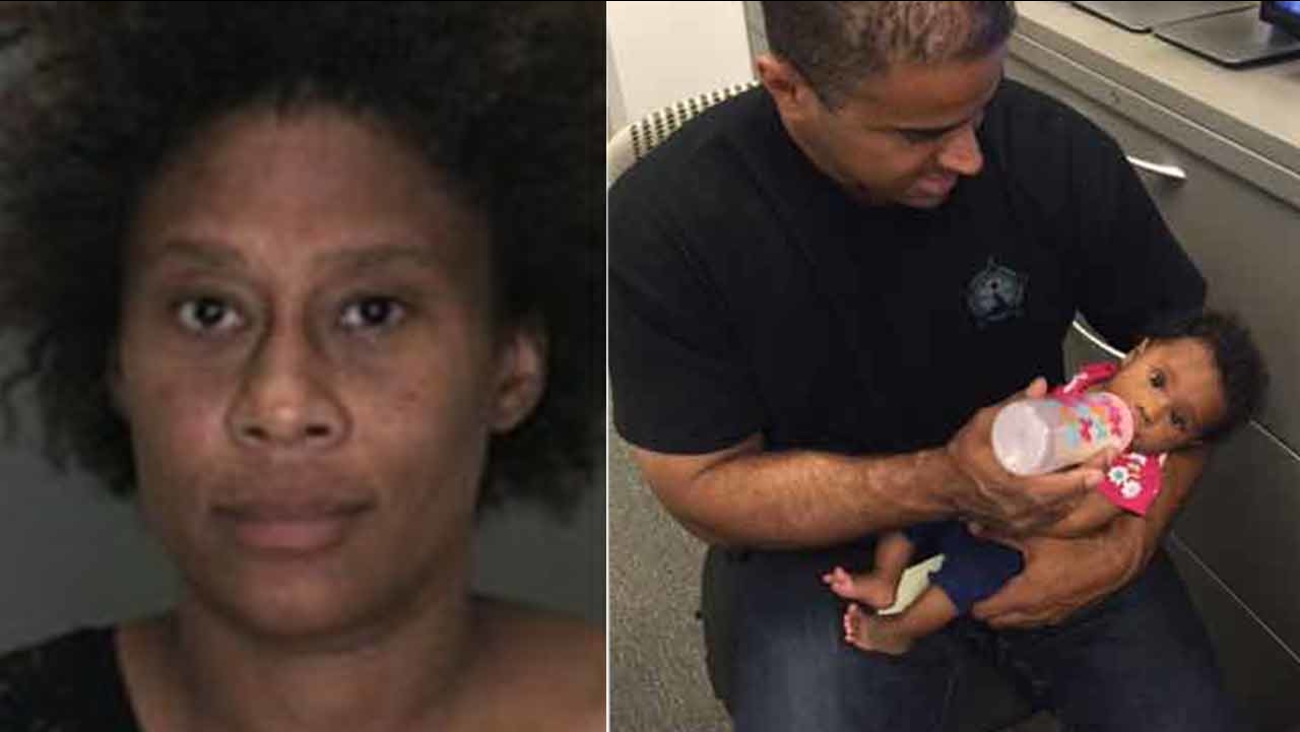 Ashlynn Thomas, a 2-month-old infant, is shown being fed by deputy Greg Jones, alongside a mugshot of her mother, Tina Baxter.

On Saturday, deputies received reports of a missing child. The person who called said the infant was missing and identified the child's mother.

During the investigation, deputies learned the infant was spotted at the Days and Nights Inn on Bear Valley Road earlier that day.

Hesperia investigators made contact with friends, family and acquaintances of the infant's mother, Tina Baxter, on the whereabouts of the baby, named Ashlynn Thomas. Authorities arrested Baxter on suspicion of child endangerment.

Thomas was last seen wearing a pink and white one-piece pajama sleeper and a black jacket with multi-colored stars on it. Authorities located her Sunday around 11 a.m. near Sequoia Street and Locust Avenue after a 30-year-old man called police saying he had the baby he believed they were looking for.

When deputies arrived, the man said he met with Baxter Friday night and on Saturday morning she asked him to take Ashlynn for a couple of days. Authorities said the man believed he was doing the right thing and kept the baby at a friend's house. Sunday morning, the man was contacted by a friend and was told police were looking for the child.

Sheriff's officials said in a press release the man had no previous relationship with Baxter and was released after being interviewed.

Ashlynn was evaluated by medical personnel and was later released to Children and Family Services. San Bernardino County sheriff's officials posted a photo on the department's Twitter page of the healthy baby girl being fed by deputy Greg Jones.