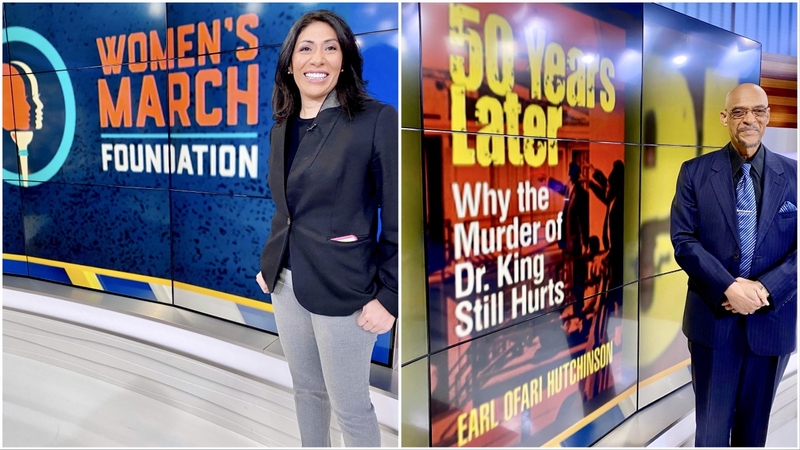 Earl Ofari Hutchinson, political analyst and author of "50 Years Later Why the Murder of Dr. King Still Hurts," discussed what Dr. King would have done had he lived during President Donald Trump's era.

"Fifty years after the assassination of Dr. Martin Luther King, how would he have dealt with some of the issues that we're talking about today: wealth inequality, war and peace, certainly, civil rights, housing, homelessness. All the issues that were there...they're not new."

"There are better ways of policing than just stopping individuals randomly on the street," he said. "You target gangs, you target violent predators; you do all that. You don't just target individuals based on age, their ethnicity, or their gender. That's not effective policing. That's harassment. That's profiling," Hutchinson said.

Women's March
The upcoming Women's March scheduled for Jan. 18 is expected to be the nation's largest march.

Participants will walk from Pershing Square to city hall in Downtown Los Angeles.

While the first march in 2017 was inspired by the election of President Donald Trump, organizers have assembled a platform of women's and human rights issues as well as an active political focus.

"A hundred years after the suffragists fought for the right to vote...we're still having a fight for women's rights," said Emiliana Guereca, executive director of the Women's March LA Foundation,

With more than 200 members of Congress asking the U.S. Supreme Court to reconsider the landmark Roe v. Wade decision on abortion rights, Guereca said, "I think women's rights are under attack. I think the president having put forth two supreme court justices that don't believe Roe is settled law is a problem."