L.A. County health officials announced another slight expansion of monkeypox vaccine availability, along with a website allowing eligible residents to register for a waiting list to receive the shot.

The Biden administration declared the current monkeypox outbreak to be a public health emergency in the U.S. on Thursday afternoon. The declaration, which was made by the U.S. Department of Health and Human Services, comes a little less than two weeks after the World Health Organization designated the outbreak an emergency of international concern.

By issuing a declaration, HHS will be able to take a series of actions including accessing funds set aside for such an emergency as well as appointing personnel to positions directly responding to the emergency. It also gives Health Secretary Xavier Becerra significant flexibility to bend federal rules or waive requirements on government health programs like Medicaid, Medicare and the Children's Health Insurance Program.

Also Tuesday, the city of Long Beach announced its first case of monkeypox in a child, believed to be only the second such case in California and one of a handful nationwide. The child, whose exact age was not disclosed, was symptomatic but has already recovered, the city's health department said.

Pasadena confirmed its first cases of monkeypox in the city. The four residents, described as adults, are said to be recovering and receiving support from the Pasadena Public Health Department.

Gov. Gavin Newsom has declared monkeypox a state of emergency in California. The move will help bolster the state's vaccination efforts.

The World Health Organization said the expanding monkeypox outbreak in more than 70 countries is an "extraordinary" situation that now qualifies as a global emergency, a declaration Saturday that could spur further investment in treating the once-rare disease and worsen the scramble for scarce vaccines.

Two children have been diagnosed with monkeypox in the U.S., health officials said Friday. One is a toddler in California and the other is an infant who is not a U.S. resident but was tested while in Washington, D.C., according to the Centers for Disease Control and Prevention.

The children were described as being in good health and receiving treatment. How they caught the disease is being investigated, but officials think it was through household transmission.

More than 2,400 cases have been reported in the U.S. since the outbreak emerged two months ago.

Monkeypox is endemic in parts of Africa, but this year more than 15,000 cases have been reported in countries that historically don't see the disease. In the U.S. and Europe, the vast majority of infections have happened in men who have sex with men, though health officials have stressed that anyone can catch the virus.

While some experts believe it's on the verge of being categorized as a sexually transmitted disease, others say testing and vaccines can stop the outbreak at its root.

L.A. County received nearly 10,000 monkeypox vaccine doses and is expected to get 7,000 more. Besides people who've had a close contact or have been at gatherings with a confirmed case, local health jurisdictions expanded who is eligible to get a Jynneos monkeypox vaccine.

The monkeypox vaccine in L.A. County is available for gay men, bisexual men and transgender persons who:

Citing a limited supply of the Jynneos monkeypox vaccine, the Los Angeles County Department of Public Health issued a health advisory encouraging residents to take precautions to avoid becoming infected with the disease.

The county health department said it will continue to expand eligibility for the vaccination as the federal government distributes additional doses.

MORE | What is monkeypox? What to know about virus, symptoms

Long Beach reports its first presumptive case of monkeypox. The case concerns an adult Long Beach resident with no recent travel history nor known contacts. The person was reportedly symptomatic and is recovering and isolating at home, city officials said.

More than 12,000 cases of monkeypox have been reported globally, including 1,814 cases in the United States, 250 in California and 85 in Los Angeles County.

The county expanded the eligibility criteria for residents to get the monkeypox vaccine after it received an additional 6,000 doses of the Jynneos vaccine.

On this day, the vaccine became available (by invitation only) to the following:

The L.A. County Department of Public Health announced it was "aligning" with the federal nationwide monkeypox vaccination strategy, which focused on providing protection to those most at risk.

Up until this date, the department had administered nearly 800 vaccine doses to residents who were contacts of confirmed cases.

Officials confirmed local transmission of monkeypox in L.A. County as some of the recent cases at the time had no history of international or out-of-state travel.

Supplies of the Jynneos monkeypox vaccine were limited at the time, but officials said they were offering the vaccine in a "targeted manner" to reach people with a higher risk of getting the virus

Both of those cases were listed as adult residents with a history of recent travel. They were symptomatic but doing well and isolating.

The county also announced all information regarding monkeypox cases was going to be distributed on the L.A. Public Health monkeypox webpage.

According to a statement issued by the county Department of Public Health at the time, the patient was "an adult resident" who recently traveled.

They were symptomatic but doing well and was isolating away from others.

At the time, the health department noted that a final confirmation of the case by the CDC was pending.

They said the patient was an adult resident who had recently traveled and had a known close contact to a case. He or she was symptomatic, and officials reported they were "doing well" and was not hospitalized.

L.A. health officials issued an update after the first case of monkeypox in California was reported.

Sacramento Public Health officials said the infected person wasn't being identified, but officials said he or she had recently traveled to Europe where there were other cases of the disease.

At the time, officials said the risk of someone getting monkeypox in L.A. County "remained very low." There were no suspected or confirmed cases in the county.

Los Angeles County Department of Public Health announced it was working with state and national partners after an international outbreak of monkeypox. 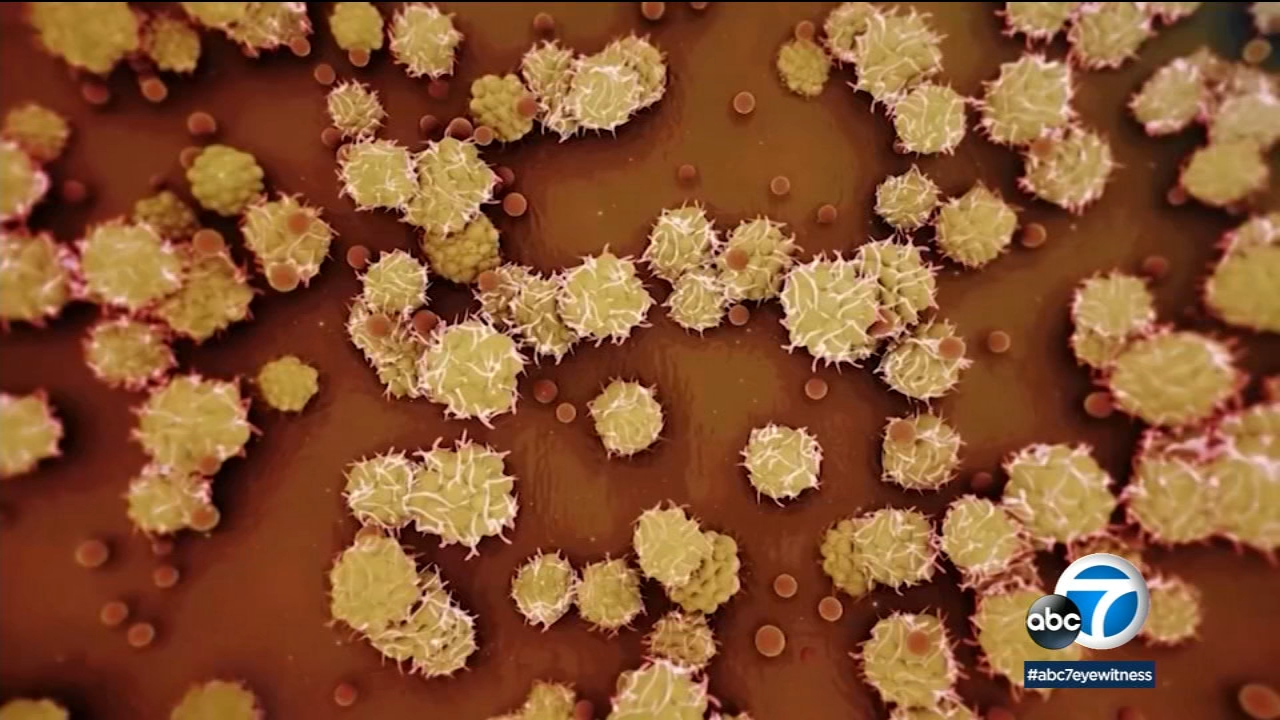 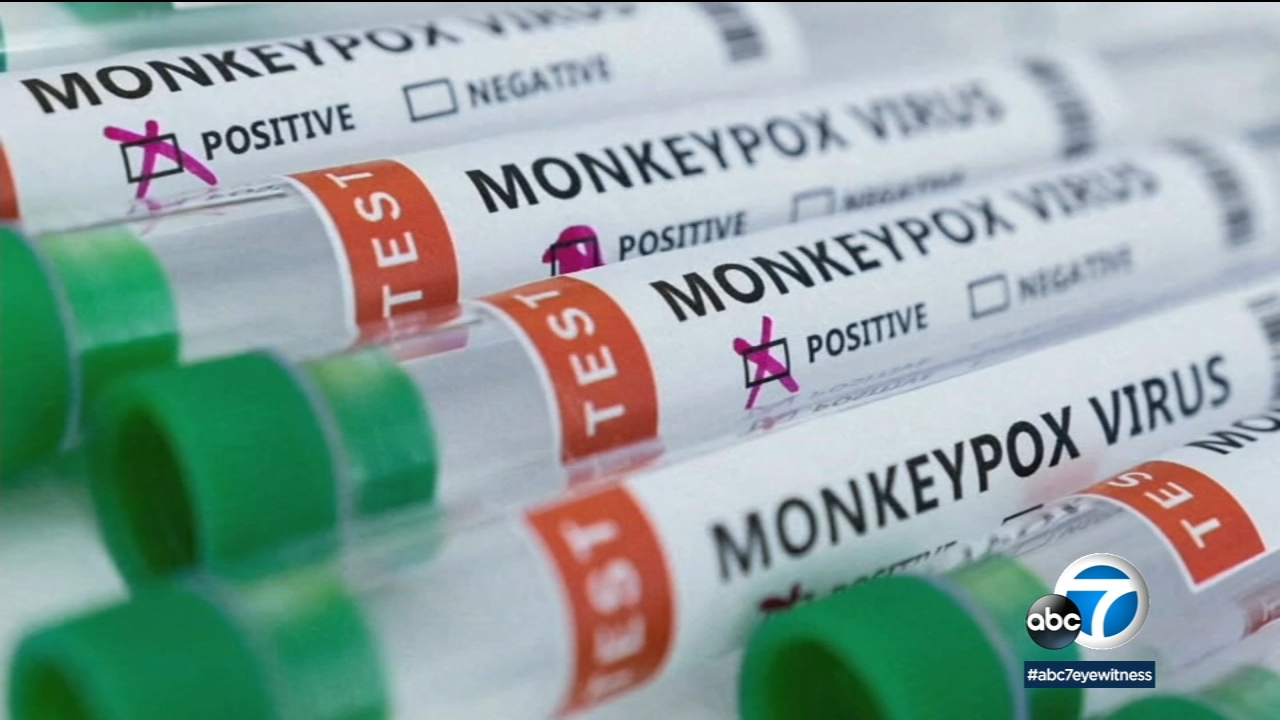