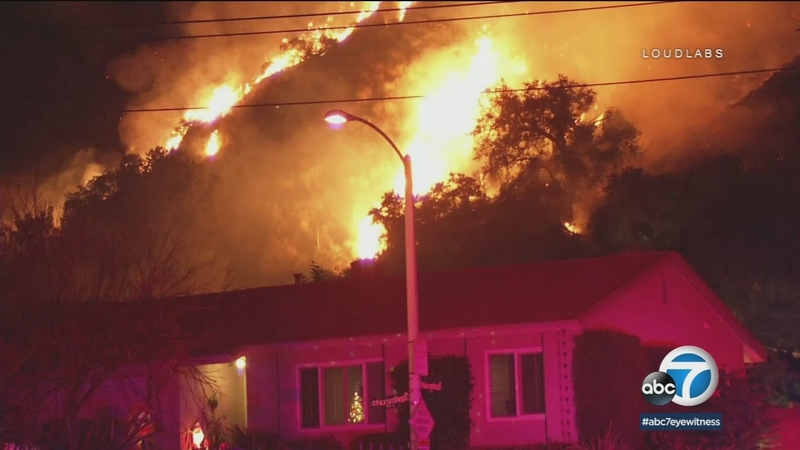 MONROVIA, Calif. (KABC) -- A raging brush fire broke out in the hills of Monrovia Saturday night, prompting a speedy response from firefighters.

The blaze, dubbed the Norumbega Fire, was estimated to be about 5 acres and burned up a hill at moderate speeds, Los Angeles County Fire Department officials said.

The fire broke out around 7:30 p.m. near homes in the area of the 500 block of Norumbega Drive. At its peak, the flames appeared to engulf a water reservoir at the top of a hill.

The fire has since been fully contained, but crews were expected to be watching for hot spots throughout the night.

An evacuation center was set up at the Monrovia Community Center (119 West Palm Avenue), where any displaced resident can take shelter, officials said.

Fire officials at the scene said no buildings were damaged in the blaze, which U.S. Forest Service officials said was a terrain and fuel-driven fire.