Suspect in custody after slow-speed chase ends with PIT maneuver, standoff in Montebello 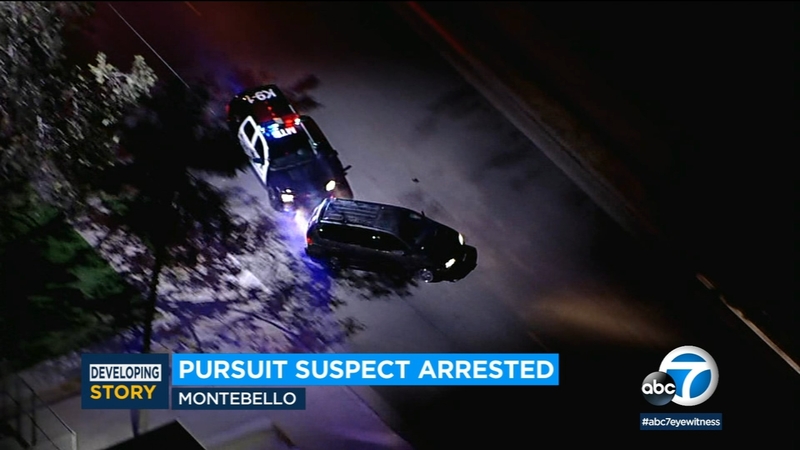 MONTEBELLO, Calif. (KABC) -- A man was in custody Tuesday after a slow-speed chase through the Montebello area Monday night ended in a standoff after police deployed a PIT maneuver.

It's unclear what prompted the chase, which started around 10:30 p.m. Monday and mostly involved the driver making several U-turns and slow turns on surface streets. At least one spike strip was also deployed during the chase.

Once the chase came to an end on Taylor Avenue, north of Olympic Boulevard, the driver refused to exit the minivan and comply with officers, occasionally sticking his head out the window.

Officers shot several pepper balls into the vehicle, filling it with smoke, but the driver still wouldn't emerge.

Authorities then used less-than-lethal force before taking the man into custody.