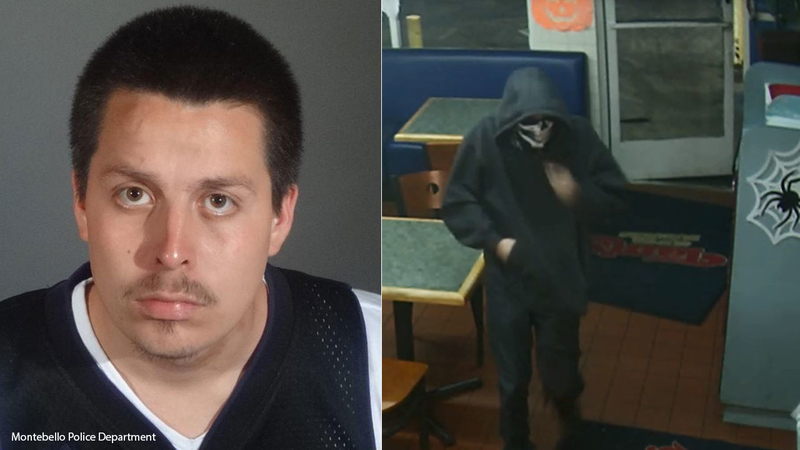 MONTEBELLO, Calif. (KABC) -- Montebello police are looking for a man accused of being responsible for a string of robberies in Montebello.

Daniel Joseph Macias, 22, was identified by authorities Wednesday as the suspect being sought in the recent crimes.

The robberies happened at a Wienerschnitzel business on Sunday and Tam's Burgers on Monday.

Authorities were able to link Macias to a residential robbery on Friday. In this incident, the robbery victim was pistol whipped and robbed of her keys and other items. The woman was released from the hospital the next day.

Authorities said the robber took the woman's car and used it in several robberies.

The suspect is also believed to be responsible for an attempted robbery Tuesday night. Details of that incident were not released.

Macias is described as having brown hair, brown eyes and a tattoo that reads "Debra" on the forearm. There is another tattoo on his left shoulder that reads "Alejandra." He's 5 feet 8 inches tall and weighs between 150 and 160 pounds.