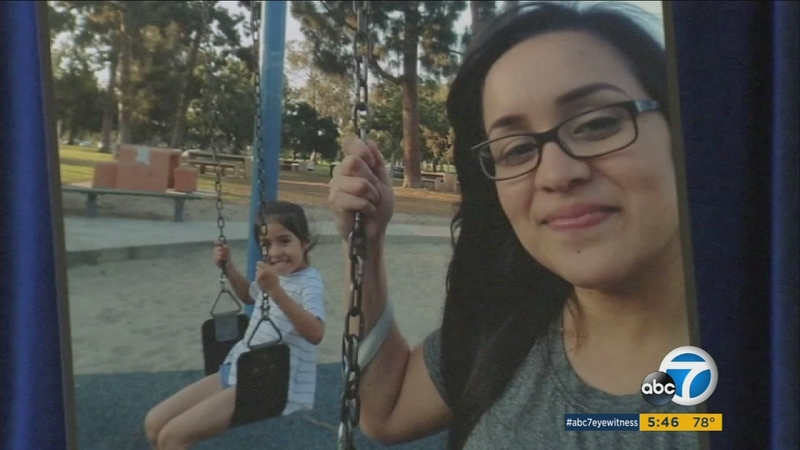 LONG BEACH, Calif. (KABC) -- Police have released surveillance video of a person of interest in the shooting murders of a mother and 4-year-old daughter in Long Beach.

Carina Mancera and her 4-year-old daughter Jennabel Anaya were walking home in August with Jennabel's father Luis, when a gunman approached them at 9th and Locust and opened fire.

The bullets missed Luis, but hit Carina and Jennabel.

For the past six weeks, Long Beach detectives have looked through hours of security video.

They released video of a man that they want to talk to in connection with the case.

Police say the man left the convenience store and boarded the Blue Line at 5th Street and Long Beach Boulevard, just five blocks from the crime scene. He then rode the train to Los Angeles and exited at the San Pedro station.

He was carrying a suitcase. Passengers on the Blue Line that night told police the man talked about leaving California. Detectives hope someone can put a name with the face and knows where to find him. Right now he's considered a person of interest in the case.

Why Carina and her daughter were targeted is still a mystery.

"That's what's baffling all of us - we don't have any idea why this occurred or what the motive may have been in this case," said Lt. Lloyd Cox, with the Long Beach Police Department.

Police asked anyone with information to contact Long Beach detectives.