Mother of Saugus shooter reportedly will not be charged

The Los Angeles County District attorney's office has reportedly declined to file charges against the mother of the shooter at Saugus High School last year.
KABC 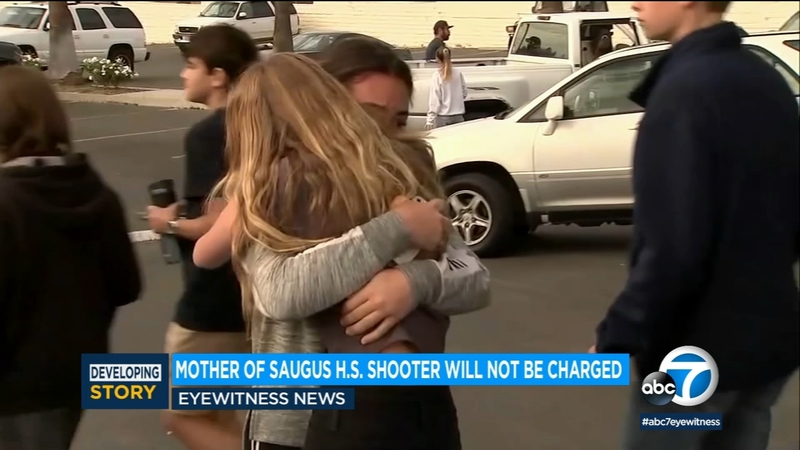 Mother of Saugus shooter reportedly will not be charged

The teen opened fire with a gun assembled at home -- shooting five schoolmates, including two who were fatally wounded, before before taking his own life on Nov. 14 -- his birthday.

A startling photo of 15-year old Gracie Muelhberger has inspired a campaign to help troubled teens before they resort to the type of violence that claimed her life.

The Santa Clarita Valley Signal says detectives wanted to charge Berhow's mother for contributing to the delinquency of a minor and criminal storage of a firearm.

However, the case was rejected last month due to lack of evidence.

The anniversary of the shooting is Saturday.

A community came together to grieve, mourn and honor Gracie Muehlberger, one of the students killed in the Saugus High School shooting.