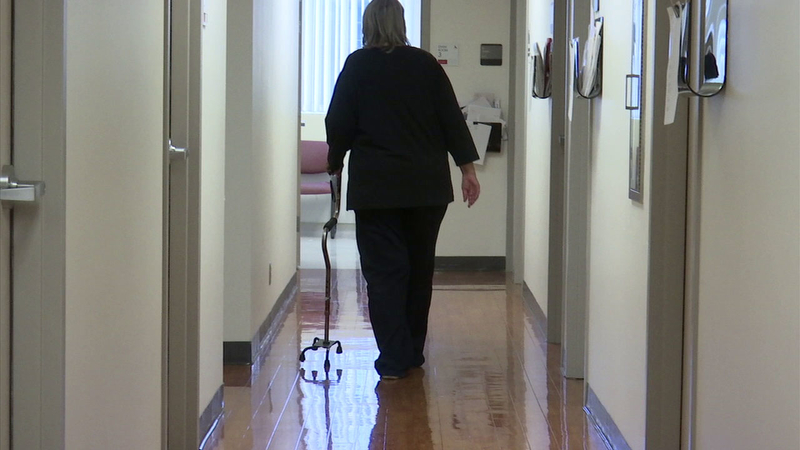 Local researchers have found an easy and healthy way to reduce your risk for multiple sclerosis. All it requires is adding seafood to your diet.

Anita Bennett, 65, of Temple City first learned she had multiple sclerosis after a trip to Hawaii 18 years ago.

"And on the way back I started having visual problems. I couldn't see properly out of one eye," said Bennett.

Medications made her feel worse than the multiple sclerosis itself.

"For all these years, I've sort of been able to get by, I think," she said.

So a new Kaiser Permanente study that suggests eating more fish may reduce the risk of MS is of great interest.

Researcher and Neurologist Dr. Annette Langer-Gould of Kaiser Permanente Southern California said, "We were really interested in understanding the role of Omega 3s in protection.

For this study, Kaiser researchers examined the diets of more than 1,100 patients with an average age of 36 -- half of whom had been diagnosed with MS.

Langer-Gould said, " The people who consumed fish or seafood on a regular basis at least once a week had a much lower risk of developing MS. They had a 45 percent reduction in risk."

Langer-Gould and her colleagues also found those who consumed even moderate amounts of fish one to three times a month in addition to taking fish oil supplements saw a benefit as well.

"They had about a 24 percent reduction in risk compared to the people who almost never eat fish and never take fish oil supplements," she said.

Which fish are most beneficial? Researchers said seafood high in Omega 3s include salmon, albacore tuna, lake trout, sardines and shrimp. Stay away from those high in mercury.

"They're very important for multiple functions including both neuro-cognitive development. They're also nerve-protective during aging," she said.

The study focused on prevention, but Bennett thinks all the other benefits of Omega 3s make it worth trying.
Report a correction or typo
Related topics:
health & fitnesscircle of healthfishmultiple sclerosis
Copyright © 2022 KABC Television, LLC. All rights reserved.
CIRCLE OF HEALTH
CDC says US death toll from COVID-19 hits 1 million
COVID cases rising in US; many eligible for booster are uninterested
Mobile vaccine clinic comes to Lynwood amid effort to prevent surge
What is alopecia? Some of those living with the disease speak out
TOP STORIES
Kidnapped SoCal teen found in NY thanks to quick-thinking detective
FTC warns about baby formula scams on the rise amid shortage
NY high court to determine if Bronx Zoo elephant is a person
16-year-old girl stabbed by classmate in Montclair, police say
$45,000 reward offered in case of teen killed in Inglewood shooting
Controversy surrounds Villanueva over campaign ad filmed in church
House passes terrorism bill after shooting in Buffalo, New York
Show More
More than 50 brown pelicans found injured, sick or starving in SoCal
LAUSD gets more than $44M in grant funds for under-resourced campuses
Norwalk teacher arrested for allegedly sexually abusing 2 students
Alleged gunman sent diary to newspaper before OC church attack
What is monkeypox? What to know after US confirms 1st 2022 case
More TOP STORIES News