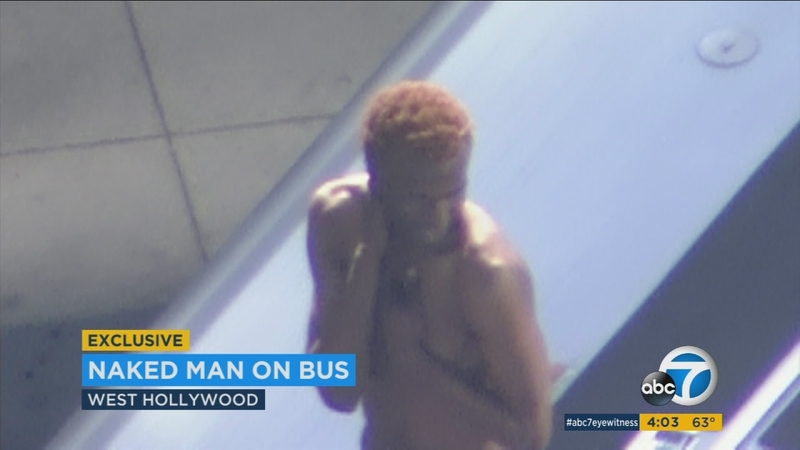 WEST HOLLYWOOD, Calif. (KABC) -- A naked man was strutting and posing on top of a bus in West Hollywood Thursday afternoon before being taken into custody.

The man was seen posing, lying down, waving and strutting the length of the bus for more than 20 minutes as Los Angeles County sheriff's deputies surrounded the transit bus and considered how to safely get him down.

A ladder was placed at the end of the bus, but he declined initially to climb down. He waved to AIR7 HD overhead and posed for spectators on the street taking pictures with their cellphones.

NAKED MAN UPDATE: Video shows naked man who jumped on top of bus in West Hollywood; he has been taken into custody https://t.co/o2iUE0dg4U pic.twitter.com/jbRV7NcAj7

Deputies themselves then climbed up after a few minutes and took the man into custody. They buckled him into a stretcher and carried him off the bus and transferred him to paramedics.

A naked man was perched on top of a Metro bus in West Hollywood on Thursday, Dec. 8, 2016.

A naked man was taken into custody after posing and strutting on top of a Metro bus in West Hollywood on Thursday, Dec. 8, 2016.

The incident happened at Sunset Boulevard and Kings Road shortly before 2 p.m.

It was not immediately known how or why the man got on top of the bus.