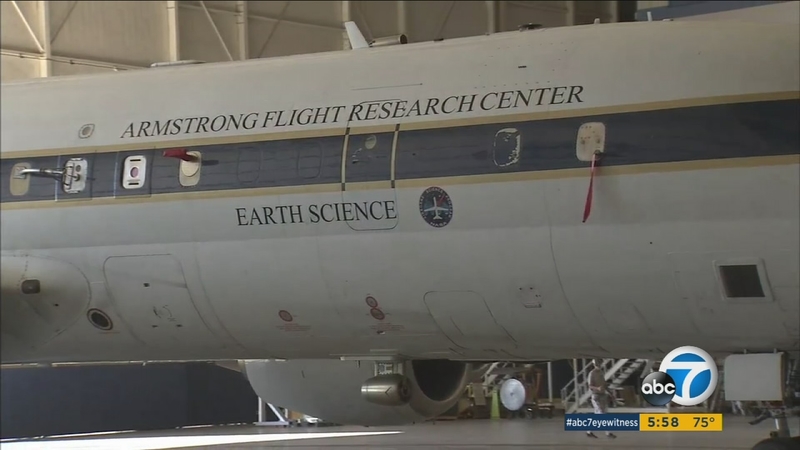 PALMDALE, Calif (KABC) -- NASA plans to send a DC-8 aircraft around the world to collect data on the amount of pollutants in Earth's atmosphere.

The aircraft's interior is filled with wiring and computers, and the exterior has multiple sensors protruding from the body.

He said the plan is to collect specific data about the atmosphere from Southern California, Alaska, New Zealand, Portugal, Samoa and beyond.

Scientists said that they're more worried about industrial pollution from Southeast Asia, the U.S. and from biomass burning in South America.

With this mission, scientists said that they will be able to look at the global environment in detail - sampling for some 200 gases as well as airborne particles.

"We expect to find out how much of the human fingerprint of pollution has reached the distant parts, and not just how much has reached there but whether or not those parcels are doing something chemically that we don't want them to do. Are they making more ozone? Are they destroying methane or not destroying methane? We'd like them to destroy more methane," scientist Michael Prather said.