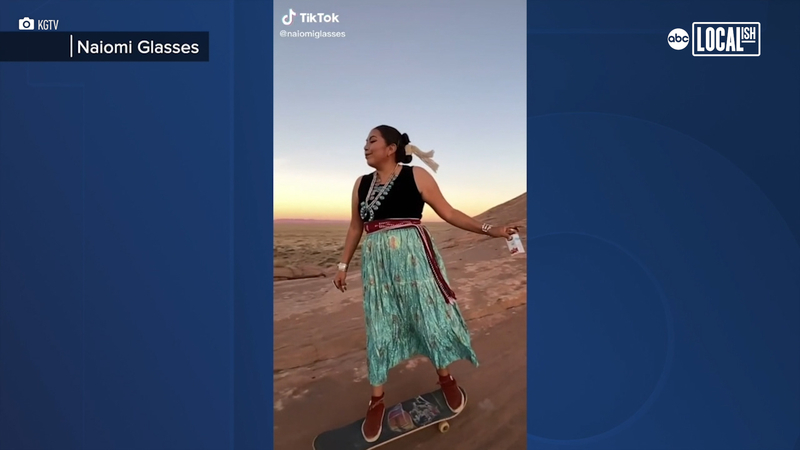 PHOENIX, Ariz. -- Naiomi Glasses, a 24-year-old woman from the Navajo Nation, has been skateboarding since she was 5 years old. She said it helped her deal with some of the bullies she faced as a kid because of her bilateral cleft lip and palate.

"Skateboarding became a place to escape and be myself and be completely....free," she says.

Her family moved back to the reservation when she was 12, and she began to notice the lack of skate parks. A few months ago, she decided to try skating on the smooth sandstone near her house, and it went viral on TikTok.

Since then, she's been using her platform to share her culture and to bring more skate parks to the Navajo Nation. Teen Vogue even picked her up and highlighted her efforts.

Despite her love for skating, she says that first and foremost she's a weaver. She makes purses, saddle blankets, and rugs with bright, colorful patterns.