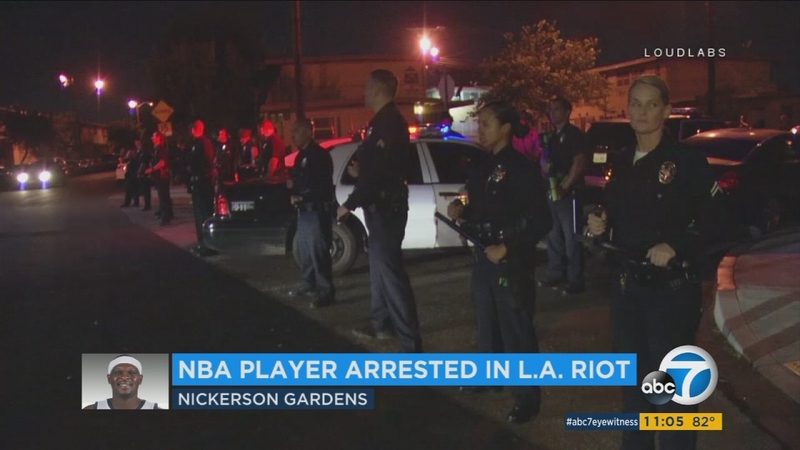 WATTS, LOS ANGELES (KABC) -- Zach Randolph of the Sacramento Kings was one of two people arrested during Wednesday night's confrontation between LAPD and an unruly crowd in Watts, Los Angeles police said.

Randolph, 36, was arrested on suspicion of marijuana possession and intent to sell, authorities said. He was released Thursday morning after posting $20,000 bail.

"The charges are false and misleading," Randolph's agent and attorney Raymond Brothers told The Associated Press. "We're looking at all options to resolve this matter."

The disturbance started around 10 p.m. when officers on patrol near the Nickerson Gardens housing project encountered a group blocking the street, drinking alcohol, smoking marijuana and playing loud music.

Police tried to clear the crowd when it got rowdy. When the crowd grew larger and people began throwing bottles and rocks, officers called for backup from both the LAPD and the Los Angeles County Sheriff's Department.

Five police cars and one sheriff's vehicle ended up with smashed windows and slashed tires as officers formed skirmish lines in front of the crowd. No officers were hurt.

By 11 p.m., most of the angry crowd had dispersed.

Officers also arrested Stanley Walton, 43, on suspicion of carrying a gun as an ex-convict, police said.

Randolph, a 16-year league veteran, spent 8 seasons with the Memphis Grizzlies. He just signed a two-year contract with the Kings for $24 million. The Kings said in a statement, "We are aware of the situation. We have no further comment at this time."

The two-time NBA All-Star played for Michigan State University before being drafted in 2001 by the Portland Trail Blazers. Randolph also played for the New York Knicks and Los Angeles Clippers.

Representatives for the Kings did not immediately return calls seeking comment. 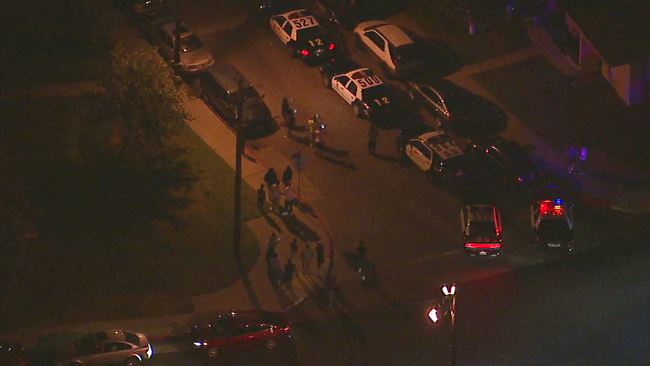