A dog was rescued and reunited with his family days after swimming across the Hudson River from New York City to New Jersey. Anthony Johnson has the story.

EDGEWATER, New Jersey -- A dog was rescued and reunited with his family days after swimming a mile across the Hudson River from New York City to New Jersey.

Firefighters with the Edgewater Fire Company said they rescued the dog from under a pier at Independence Harbor early Tuesday morning.

A volunteer firefighter said they responded to a call of a dog barking down by the water. They used a boat to get below the dock and scoop him up.

"The two guys in the water just stayed behind him so he would come toward the boat and he sat there, waited patiently, I grabbed him by the back of the head and put him in the back of the boat," firefighter Tom Quinton said. "It makes you feel good, especially when we went back a second time to look for him, it does make you feel good."

They got him out of the water, fed him and he was taken to an animal hospital to be checked out. He was then reunited with his owner Ellen Wolpin.

Wolpin said she just got Bear last week as a service dog for her son who has special needs. She was worried they would never see him again.

"I thought he was gone for good. We were so upset, devastated this weekend. We didn't know what to do," Wolpin said.

They were out buying him a harness on Saturday when he slipped away and ran down the West Side Highway around 86th Street and jumped in the water around 110th Street.

Bear is a Leonburger mixed with a Bernese Mountain dog. Leonburgers are natural swimmers, and Bear's background from outside Bozeman, Montana, means he's accustomed to being outdoors.

"He's given us a lifetime of happiness with this. I say the dog is a fighter and so is my son so they're a great combination," Wolpin said. "He's doing great, you would never know that he had this adventure -- he's fantastic." 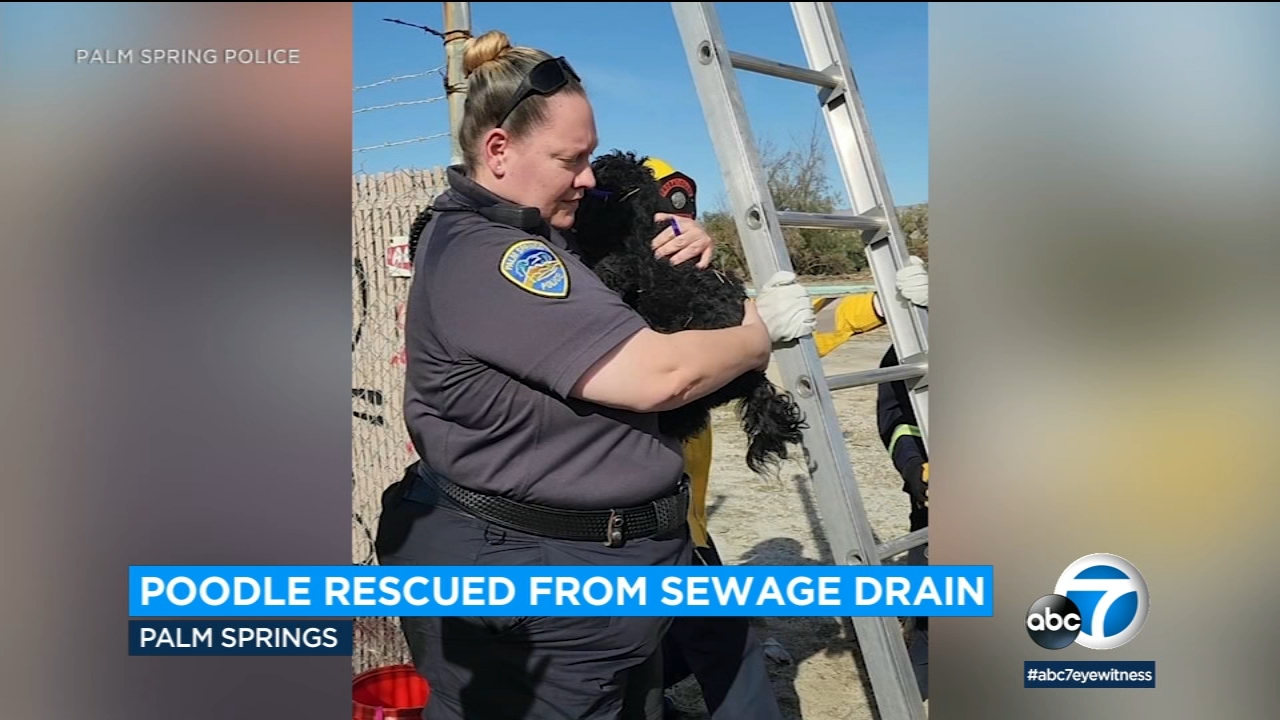