An investigation is underway by New York City officials after a bus was taken over by dozens of people for a pop-up party.
WABC 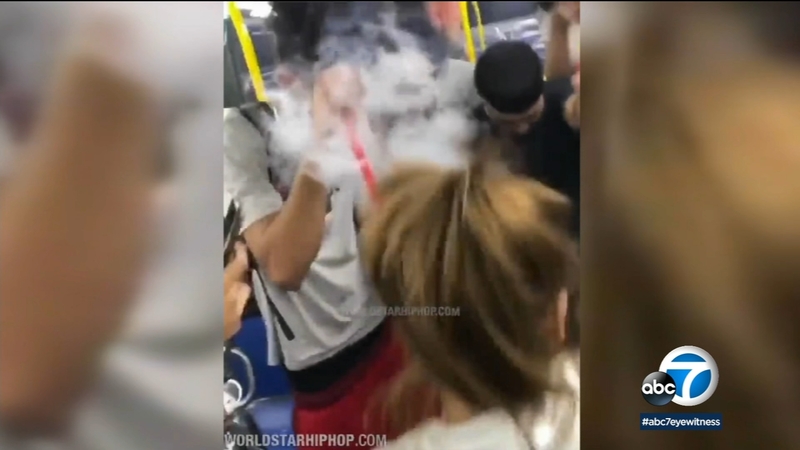 NEW YORK -- An investigation is underway by New York City officials after an MTA bus in the borough of Queens was taken over by dozens of people for a pop-up party.

The hordes descended on the bus as the driver took it out of the Grand Avenue Depot at around 4 a.m. Sunday.

The bus was stopped by double-parked cars, and when the operator tried to get them to move, dozens of people swarmed onto the bus for about 30 minutes of partying.

There was smoking, dancing and nudity involved, but there were no masks or physical distancing.

Officials say the group "violated multiple health and safety laws" and as promptly as they got on, the crowd left the bus within about 15 minutes.


"And it's really an egregious, unfortunate incident that not only breaks the law, but also violates transit rules and puts our bus operator at risk, as well as putting the group at risk as you see in the video with no masks," said MTA Bus President Craig Cipriano.

The driver was not injured and the bus did not sustain any property damage, but it did have to be disinfected.

The partygoers took photos and videos of their high jinks which were later posted to social media.

The MTA released the following statement about the pop-up party:

"That rambunctious crowd put the bus operator and themselves at risk when they violated multiple health and safety laws and rules by taking over a bus for mask-less smoking and lewd activities without regard to social distancing. An internal review is underway and the bus was later fully disinfected."