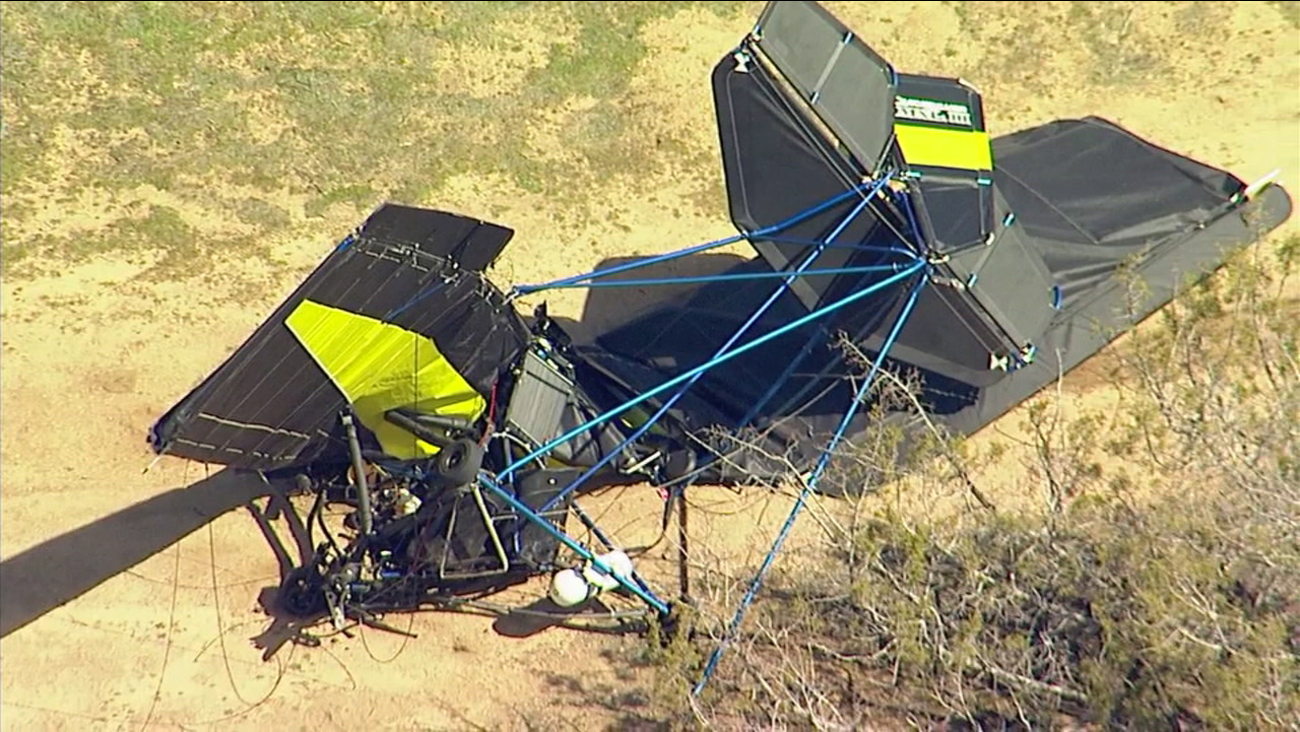 The wreckage of a small plane crash is seen near Hesperia Airport on Tuesday, March 7, 2017. (KABC)

The deceased person was the sole occupant of the ultralight aircraft and died at the scene, said Eric Sherwin, spokesman for San Bernardino County Fire Department.

It was unclear if the glider-like aircraft was taking off or landing at the time of the collision, which happened near the north end of the single-runway airport.

The circumstances of the crash were not immediately known, said Ian Gregor, a spokesman for the Federal Aviation Administration's Pacific Division.

Investigators will interview witnesses as they attempt to determine the cause of the incident.