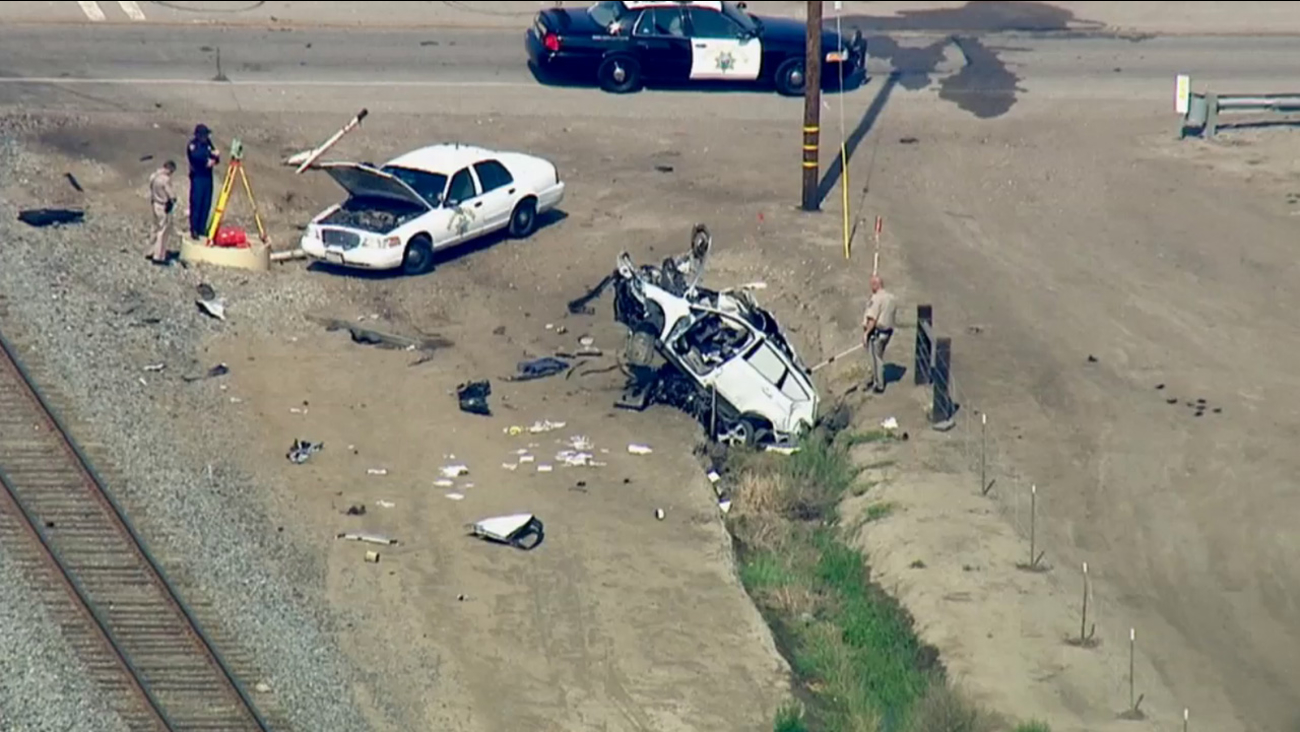 Authorities respond after a train struck a minivan and killed one person in Camarillo on Thursday, April 23, 2015.

CAMARILLO, Calif. (KABC) -- At least one person was killed after a train appeared to have struck a minivan in Camarillo on Thursday morning, California Highway Patrol officials said.

The train appeared to have broadsided the minivan, causing it to flip over, at about 8:30 a.m. at South Las Posas Road and 5th Street. One person was initially trapped inside the vehicle and the tracks were shut down.