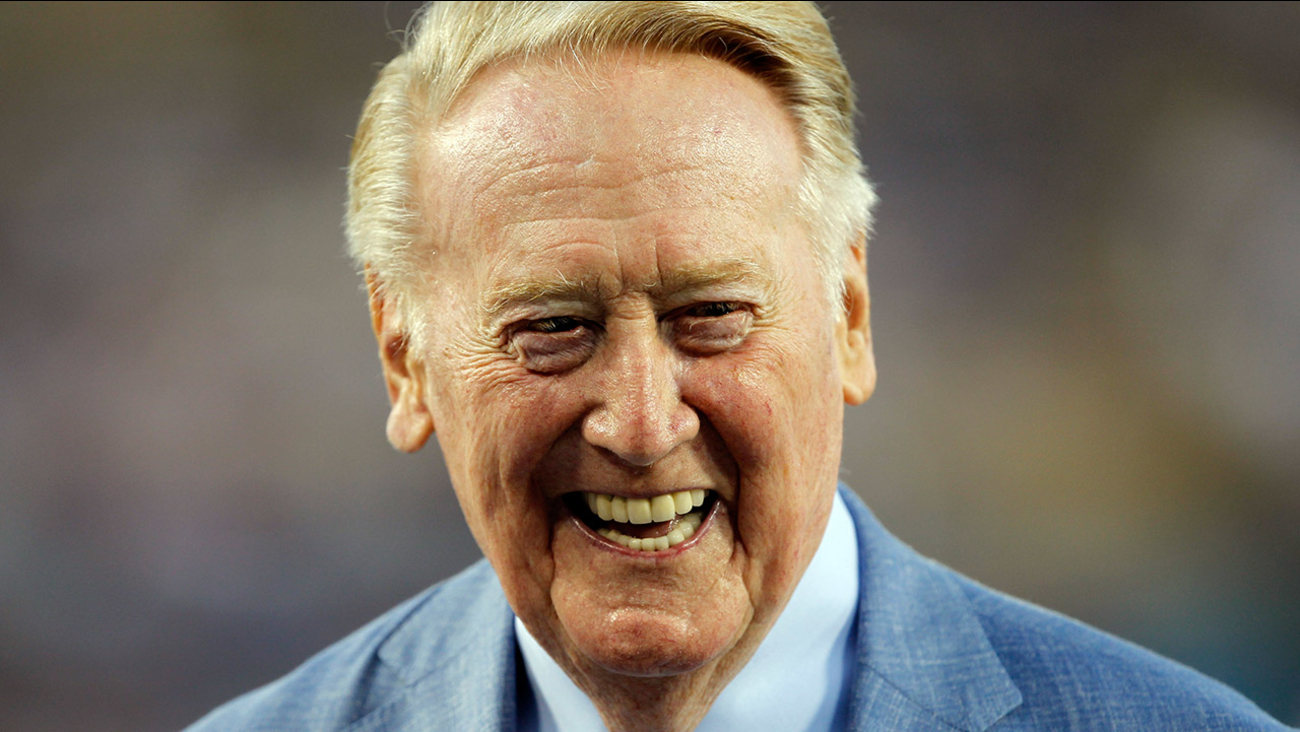 The Dodgers said in a statement that Scully was "resting comfortably" following the procedure.

Everyone in the Dodgers organization wishes Vin the speediest of recoveries. (3/3)

In August, Scully announced that he plans to return for the 2016 baseball season, which would be his 67th season with the Dodgers. He also said that 2016 would be his last season in the broadcast booth.

The Hall of Fame announcer turns 88 in November.

Scully has called 13 World Series in his career as a Dodgers broadcaster, dating back to their days in Brooklyn. This will be the Dodgers 24th playoff appearance during his tenure, but the first without him at the microphone.

Where to watch Dodgers postseason games
Hey Los Angeles Dodgers fans, here's a list of seven places where you can watch the games and cheer on the boys in blue this postseason.

Over six decades later, Scully's soothing voice is as much a part of Los Angeles as celebrities, sun and surf. He downplays his status as a beloved icon.

"I am the most ordinary man you've ever met," he said. "I was given an extraordinary opportunity and God has blessed me for doing it all these years."