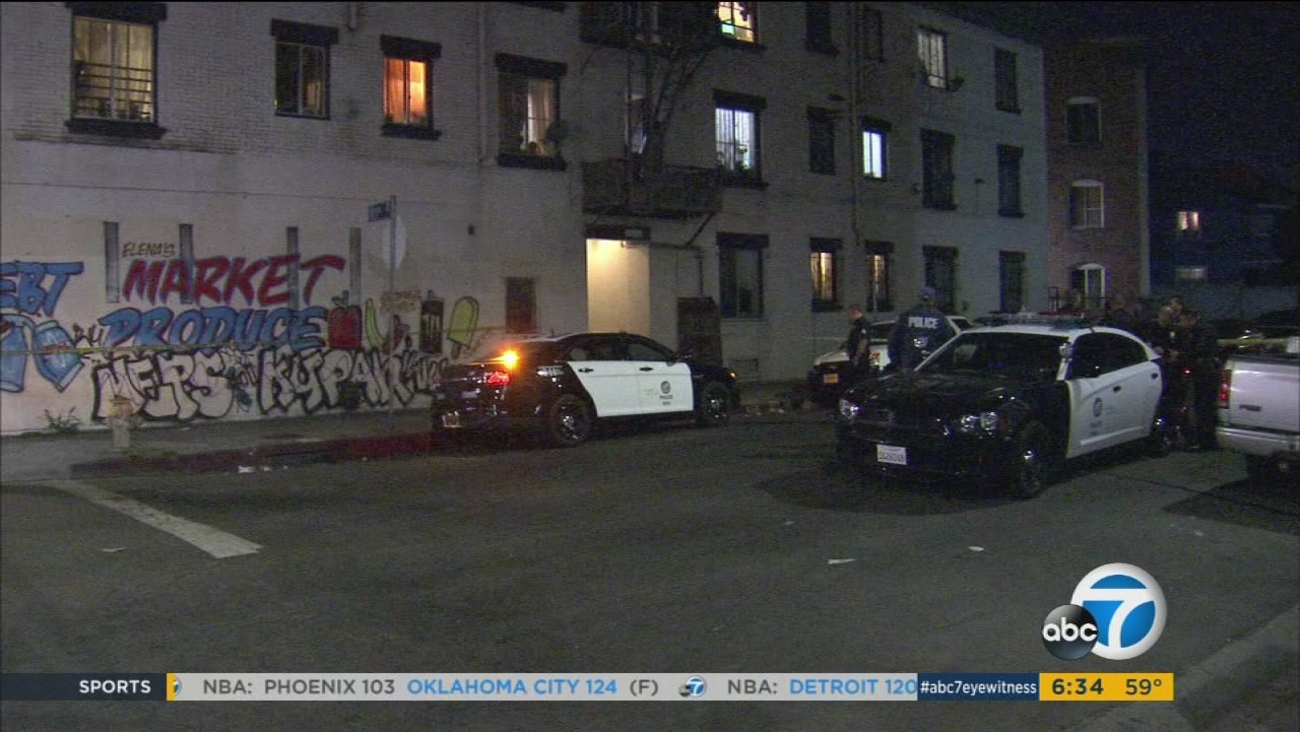 Authorities canvassed an area in the Pico-Union neighborhood of Los Angeles after a shooting left one teen dead and another critically injured on Sunday, Nov. 8, 2015.

LOS ANGELES (KABC) -- One teen was killed and another injured in a shooting that broke out in the Pico-Union neighborhood of Los Angeles Sunday night.

The shooting occurred near Hoover Street and Venice Boulevard around 6:30 p.m. Neighbors in the area called 911 after hearing multiple gunshots.

A 14-year-old boy was killed, authorities said, and a 16-year-old was critically wounded. Candles were immediately placed next to the covered body of the teenager who was killed in the walkway of an apartment building.

His friends and family were in tears, staring at the blood-stained sheet before authorities turned them away.

The 16-year-old boy was taken to Children's Hospital Los Angeles. Authorities said the teens were related and may be step brothers.

Authorities did not have any witnesses or suspect information, and it is unclear if the shooting may be gang related.

"We're going to reach out to our community contacts and see what we can learn - what was going on in the neighborhood in the last couple of days. Generally, this is a very quiet area so it's kind of unique for us to have something happen here," Los Angeles Police Department Capt. Brian Pratt said.

The victims did not appear to be gang members, but authorities did not have a clear answer as to what led to the shooting.

Police believe the suspect, described as man in his 20s, opened fire while riding a bicycle. Anyone with further information was urged to contact the Los Angeles Police Department.