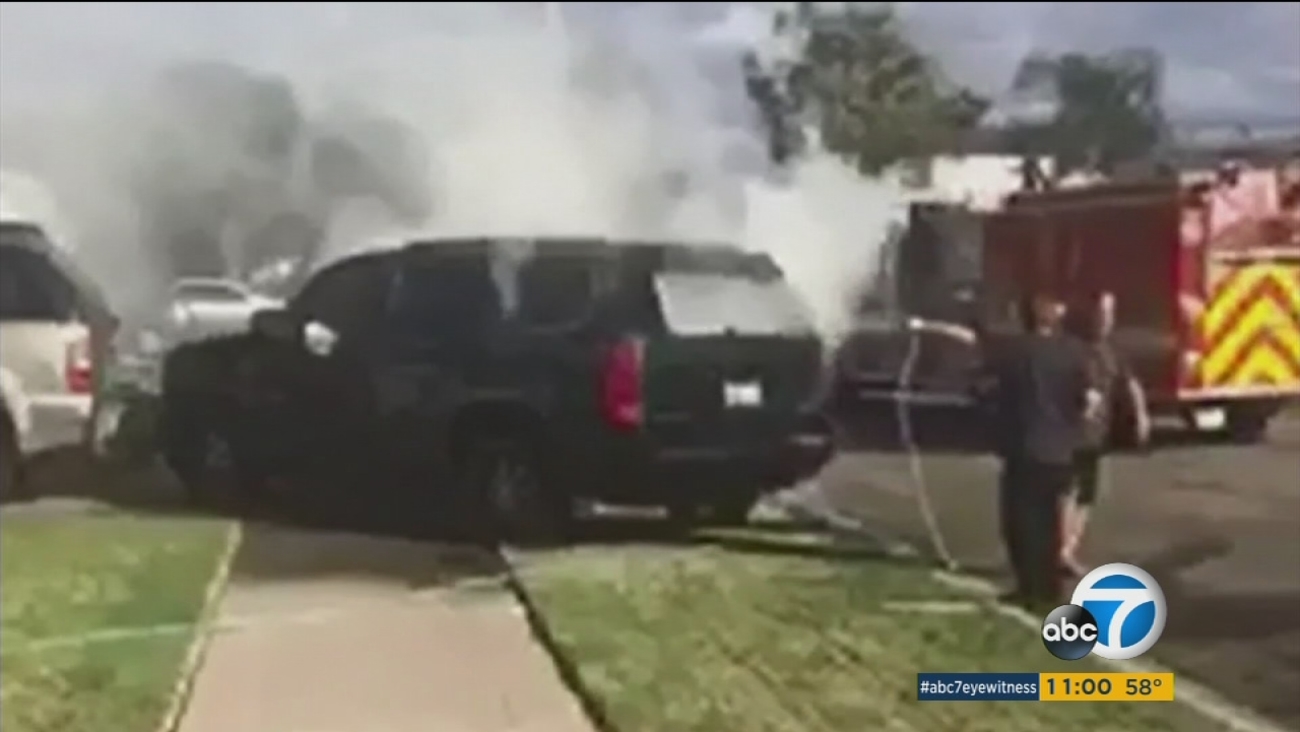 Witnesses of a car fire tried to put out the flames in Orange Monday afternoon. Three bodies were later discovered in the car. (KABC)

ORANGE, Calif. (KABC) -- Investigators from the Orange Police Department said Wednesday one of the three bodies found inside a burning SUV has been positively identified.