Couple charged after cat found with paws wrapped, bound together in Canyon Country 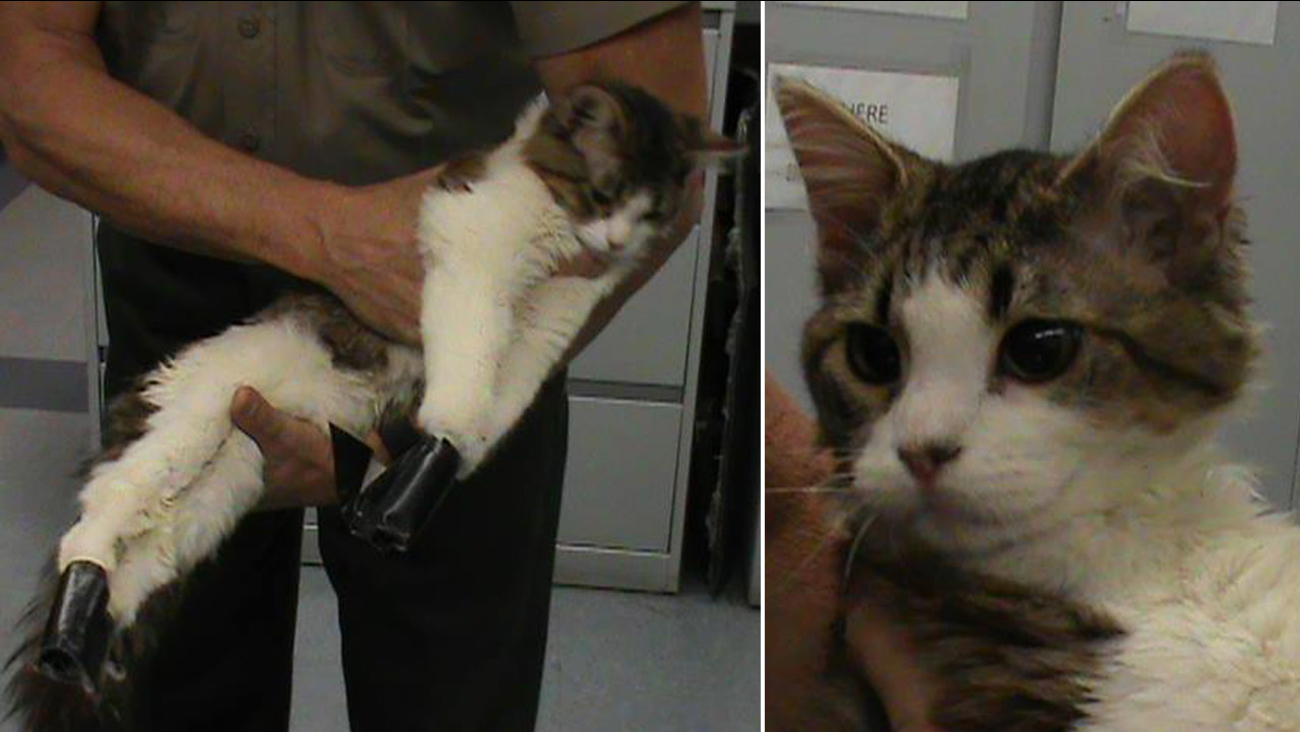 A cat with its legs wrapped and bound together in electrical tape is shown in a photo taken on Saturday, Jan. 9, 2016.

CANYON COUNTRY, SANTA CLARITA, Calif. (KABC) -- A couple was charged with possession of heroin and animal cruelty Wednesday after sheriff's deputies found a cat with its paws bound together with electrical tape in their car in Canyon Country, prosecutors said.

The suspects were found to be in possession of heroin, and the cat was allegedly found tied and bound together in a pet carrier container buried upside-down inside the vehicle.

"It was not happy. That's what was attracting our attention, something kind of calling to us," said Adam Halloran of the Los Angeles County Sheriff's Department. 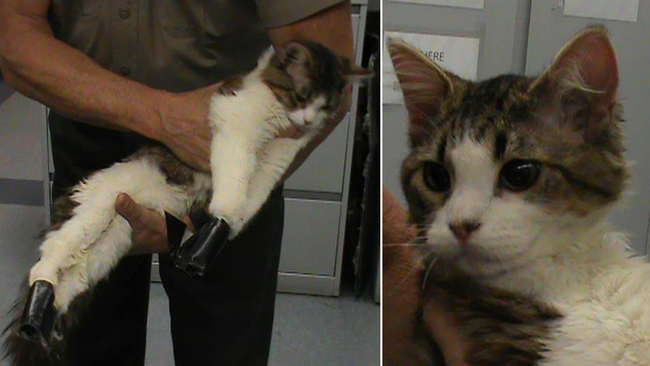