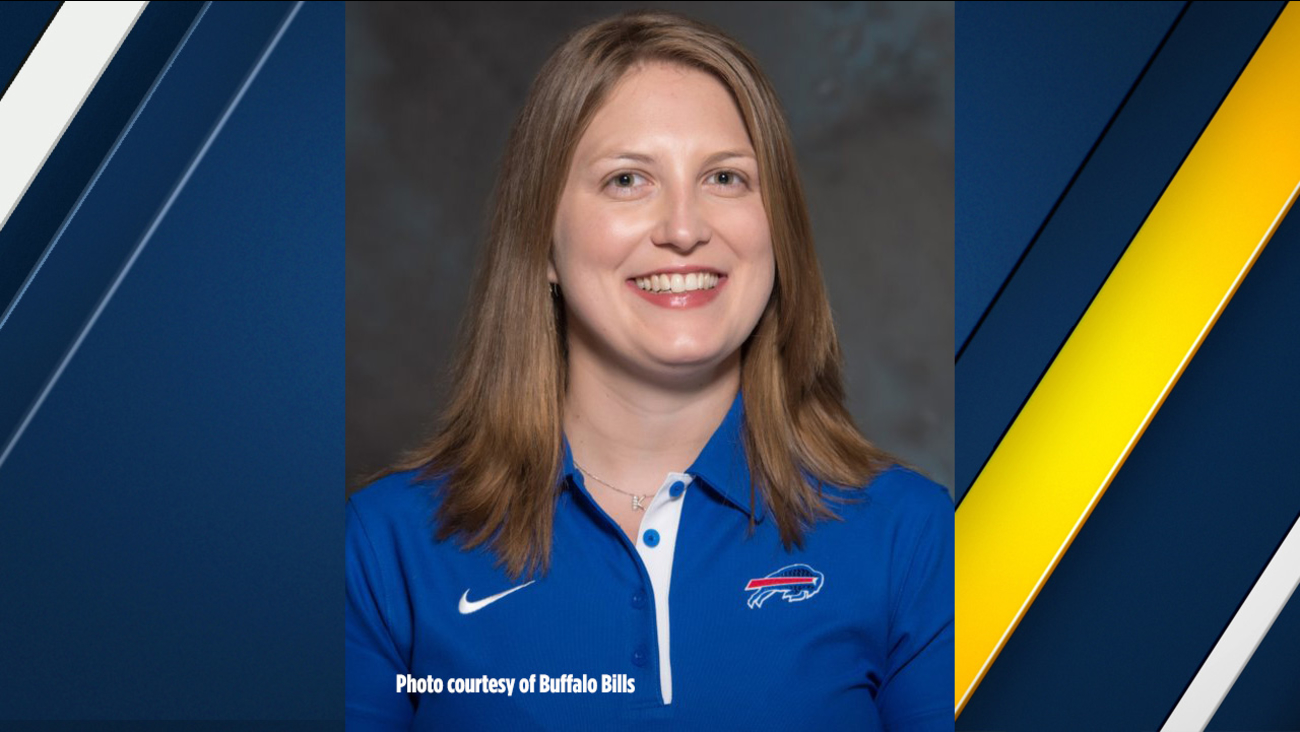 The team announced the move in a release Wednesday night.

Smith was an administrative assistant this season for Bills assistant coaches under Rex Ryan, with whom she has worked for seven years.

She spent the previous 12 seasons working for the New York Jets in various capacities, including a player personnel assistant from 2007-13. Ryan became Jets coach in 2009. Smith served as Ryan's assistant in 2014, his final season in New York before he was fired and then hired by the Bills.

"She certainly deserves this promotion based on her knowledge and strong commitment, just to name a couple of her outstanding qualities," Ryan said in a statement released by the team. "She has proven that she's ready for the next step, so I'm excited and proud for her with this opportunity."

She follows in the footsteps of Jen Welter, who last summer served a six-week training camp internship coaching inside linebackers for the Arizona Cardinals.

Last month, the Seattle Mariners hired Amanda Hopkins as an area scout. In announcing the hiring, the team said Hopkins is believed to be the first female hired as a full-time scout by a major league team since the 1950s.

"You can see the success some of these young ladies are having in the coaching profession, such as the young lady that is an assistant to coach Popovich at the San Antonio Spurs, and realize how exciting this is for women like Kathryn Smith as well as the Bills organization," Ryan said.
Related topics:
sportsnew yorknflbuffalo bills
Copyright © 2021 by The Associated Press. All Rights Reserved.
More Videos
From CNN Newsource affiliates
TOP STORIES
California calls for pause to distributing some Moderna vaccine