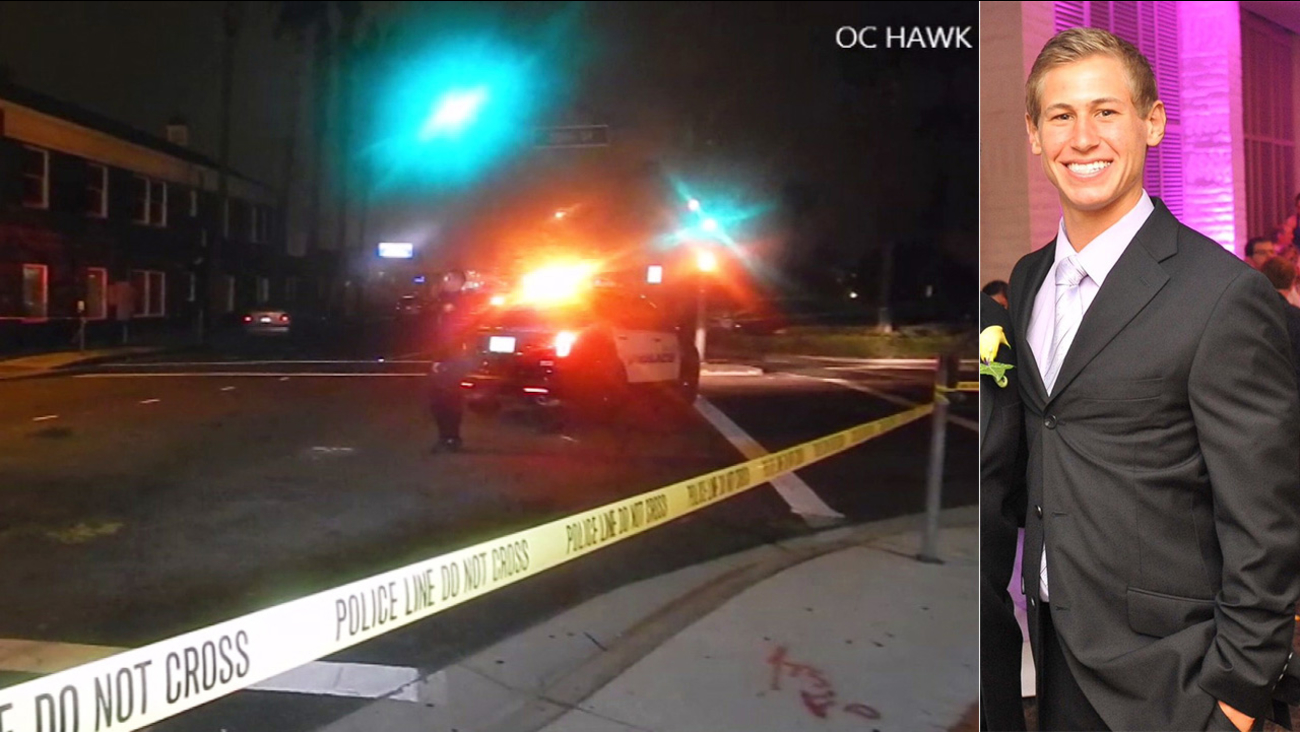 Christopher Roth, 24, of Cypress was fatally struck by a hit-and-run driver near Newport Boulevard and 30th Street in Newport Beach Saturday, Feb. 13, 2016.

NEWPORT BEACH, Calif. (KABC) -- A Paramount woman has been arrested in connection to a hit-and-run in Newport Beach that left a man dead early Saturday, police said.

The victim, identified by the Orange County Coroner's Office as Christopher Roth, 24, of Cypress, was fatally struck while crossing the intersection near 30th Street and Newport Boulevard shortly after 1 a.m.

Roth was transported to a local trauma center where he succumbed to his injuries.

Police say Nancy Diana Flores, 21, fled the area without stopping to render aid. Her car, a gray 2007 Nissan 350z, was found parked at the intersection of 19th and Court streets near the Balboa Peninsula, police said. The vehicle had major front-end damage.

She was contacted and arrested in Paramount just before 7:30 a.m. for manslaughter and hit-and-run resulting in death.