Deputies respond to a home in Hawaiian Gardens where three women were found dead on Monday, Feb. 15, 2016. (KABC)

HAWAIIAN GARDENS, Calif. (KABC) -- Three women found dead in a home and garage in Hawaiian Gardens have been identified Tuesday.

Eyewitness News has learned that two women found in the garage were 58-year-old twin sisters Arlene Akiyo and Marlene Kazuyo Yoshijima. Their cause of death was reported as suicide.

The woman found inside a bedroom in the home was their 87-year-old mother, Misayo Margaret Yoshijima, believed to have possibly died of natural causes.

Autopsies were still pending for all three women.

Authorities responded to the 11800 block of 223rd Street just after 7:30 a.m. on Monday. According to the Los Angeles County Sheriff's Department, a relative discovered the bodies when stopping by the house to check on them.

A source said the twins were found inside a car that was still running when deputies arrived. In addition, crime lab officials removed some open containers of an unidentified substance from the garage, according to the LASD.

Three deputies were taken to a nearby hospital after being overcome by possible carbon monoxide fumes at the scene, the sheriff's department said. All of the deputies were released in good condition hours later, according to LASD officials.
Related topics:
hawaiian gardenslos angeles countyinvestigationbody found
Copyright © 2021 KABC-TV. All Rights Reserved.
RELATED 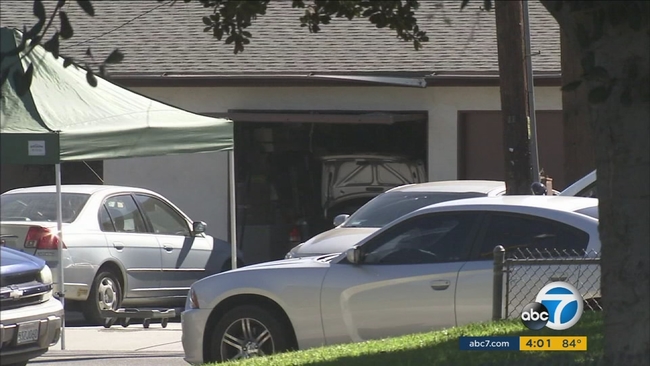