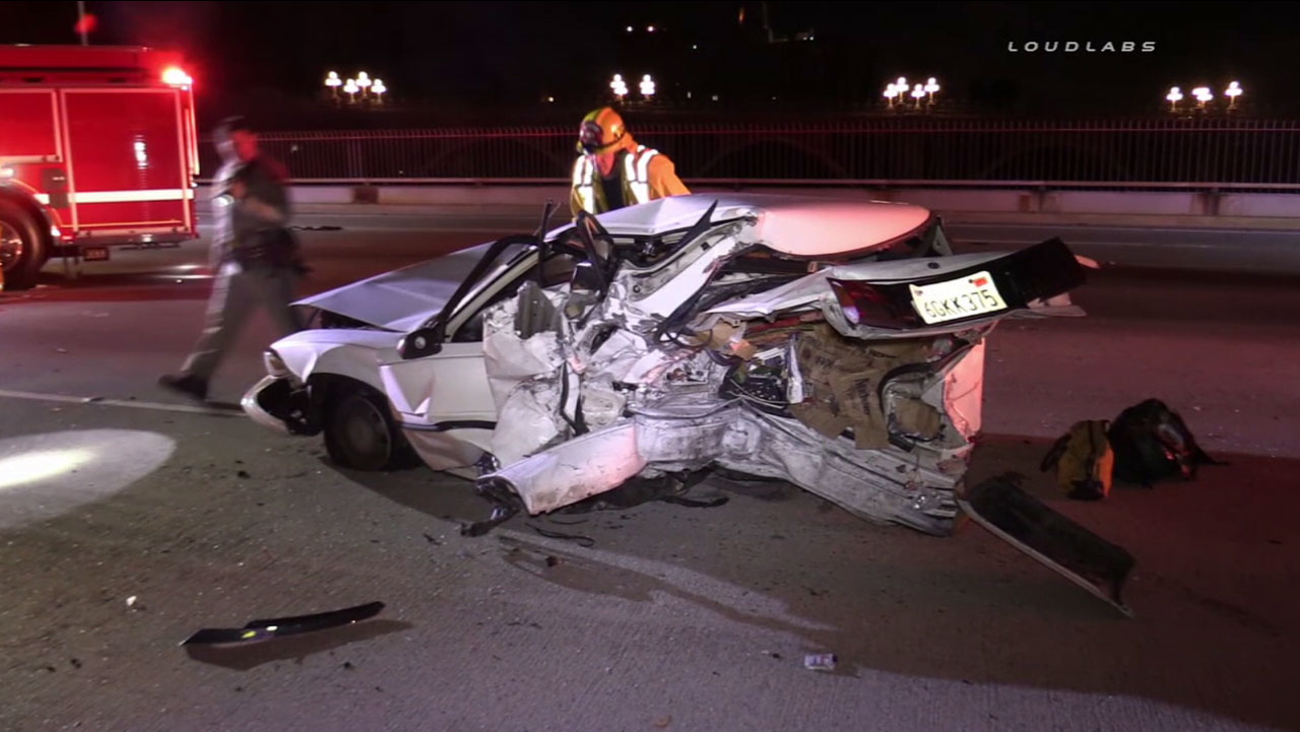 The wreckage of a car after it was involved in a multi-vehicle crash was being looked over for evidence on Sunday, Feb. 21, 2016. (KABC)

PASADENA, Calif. (KABC) -- A 41-year-old Monrovia man was killed early Sunday morning in a suspected DUI crash on the eastbound 134 Freeway in Pasadena.

Authorities responded to a traffic collision involving three cars on the freeway around 12:55 a.m. One of the drivers was pronounced dead at the scene. His name was not released pending next of kin.

Two women, both 18 from Pasadena and Andover, Massachusetts, were transported to Huntington Memorial Hospital in unknown conditions.

Authorities said a 24-year-old driver, identified as Pasadena resident Eduardo Macias, had fled the scene before he was apprehended by California Highway Patrol officers. He was then arrested.