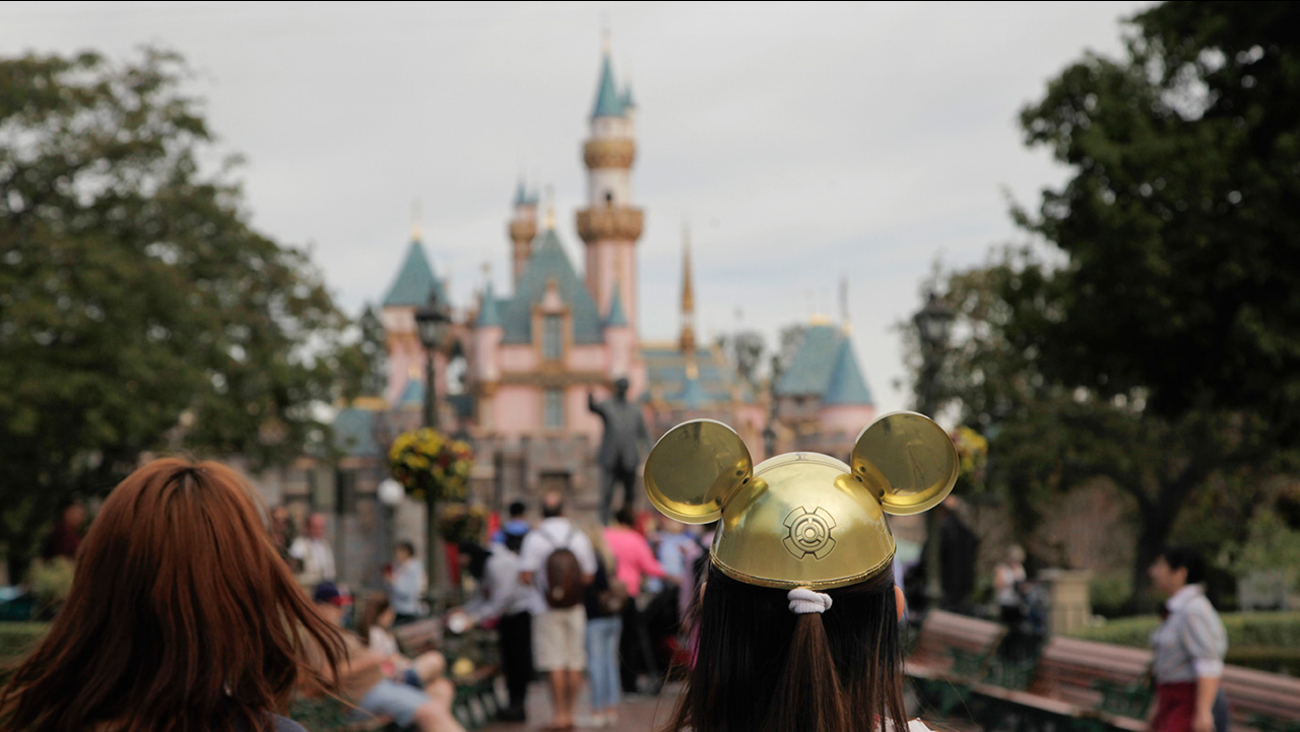 FILE - In this Jan. 22, 2015, file photo, a woman with a Mickey Mouse hat walks toward Sleeping Beauty's Castle at Disneyland, in Anaheim, Calif. (Jae C. Hong)

AP
ANAHEIM, Calif. -- Disney's properties in Orlando and Anaheim are rolling out seasonal prices for single-day tickets, hoping to spread out demand at the often jam-packed theme parks.

Most of the tickets are either staying the same price or increasing. The changes announced Saturday will let visitors look at a calendar eight to 11 months from now to see which days are considered "value," ''regular" or "peak." People will pay more on "peak" days - when busier times are forecast.

The park has grappled with how to manage throngs of crowds, especially since the popularity of franchises such as "Frozen" and "Star Wars." At times during holidays and spring break, Disney has had to stop selling tickets because so many people are in the park.

"Value" days for the Magic Kingdom at Walt Disney World in Orlando will cost $105 - the same as a current, one-day ticket price. "Regular" days will be $5 more and "peak" days will be $124.

Disney said once the prices are posted, they won't change.