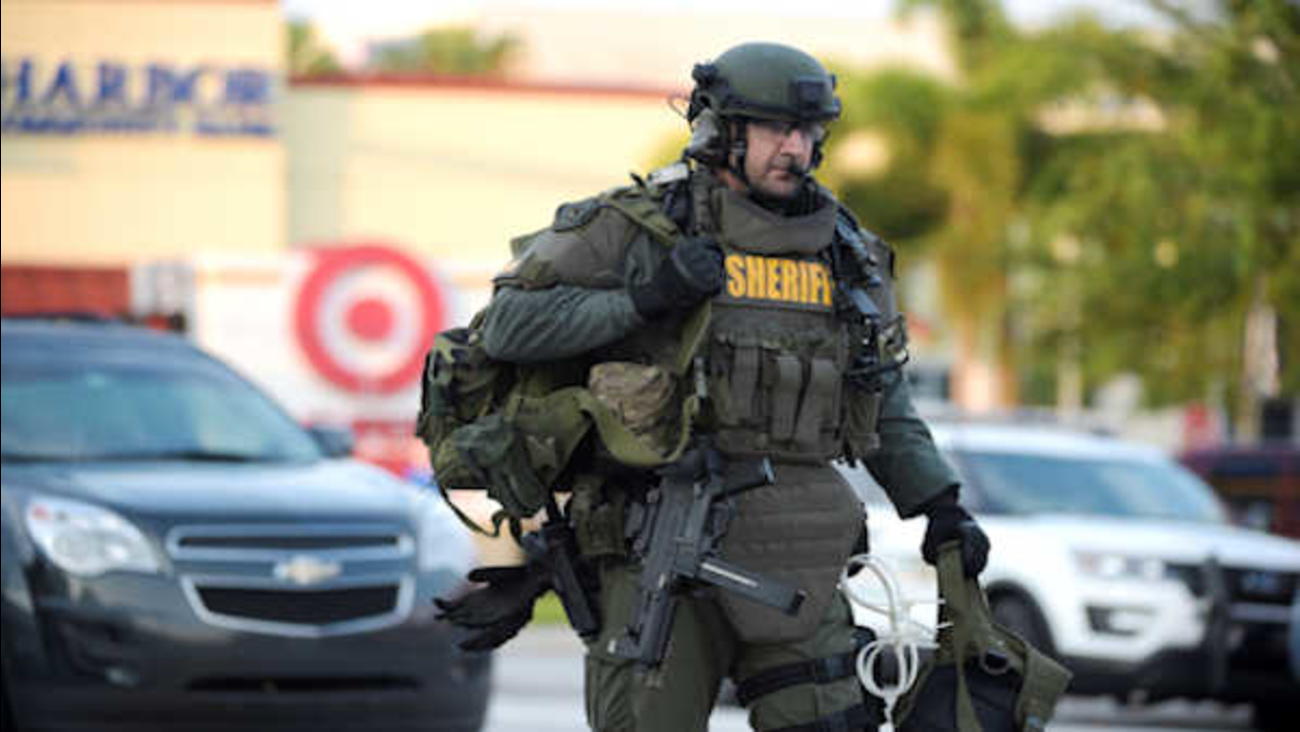 NEW YORK -- A gunman took hostages and opened fire inside a crowded gay nightclub in Orlando, Florida, early Sunday morning, killing 50 people and wounding 53 others before SWAT officers killed him, authorities said. Police Chief John Mina said the shooter had an assault-style rifle, a handgun and a "suspicious device" with him during the attack, which is being investigated as an act of terrorism.

Here's a look at some of the nation's deadliest rampages since 2012:

- Feb. 25, 2016: Cedric Ford, 38, killed three people and wounded 14 others lawnmower factory where he worked in the central Kansas community of Hesston. The local police chief killed him during a shootout with 200 to 300 workers still in the building, authorities said.

- Feb. 20, 2016: Jason Dalton, 45, is accused of randomly shooting and killing six people and severely wounding two others during a series of attacks over several hours in the Kalamazoo, Michigan, area. Authorities say he paused between shootings to make money as an Uber driver. He faces murder and attempted murder charges.

- Dec. 2, 2015: Syed Rizwan Farook, 28, and Tashfeen Malik, 27, opened fire at a social services center in San Bernardino, California, killing 14 people and wounding more than 20. They fled the scene but died hours later in a shootout with police.

- May 23, 2014: A community college student, Elliot Rodger, 22, killed six people and wounded 13 in shooting and stabbing attacks in the area near the University of California, Santa Barbara, campus. Authorities said he apparently shot himself to death after a gunbattle with deputies.

- Sept. 16, 2013: Aaron Alexis, a mentally disturbed civilian contractor, shot 12 people to death at the Washington Navy Yard before he was killed in a police shootout.

- July 26, 2013: Pedro Vargas, 42, went on a shooting rampage at his Hialeah, Florida, apartment building, gunning down six people before officers fatally shot him.

- Sept. 27, 2012: In Minnesota's deadliest workplace rampage, Andrew Engeldinger, who had just been fired, pulled a gun and fatally shot six people, including the company's founder. He also wounded two others at Accent Signage Systems in Minneapolis before taking his own life.

- April 2, 2012: Seven people were killed and three were wounded when a 43-year-old former student opened fire at Oikos University in Oakland, California. One Goh was charged with seven counts of murder and three counts of attempted murder, but psychiatric evaluations concluded he suffered from long-term paranoid schizophrenia and was unfit to stand trial.