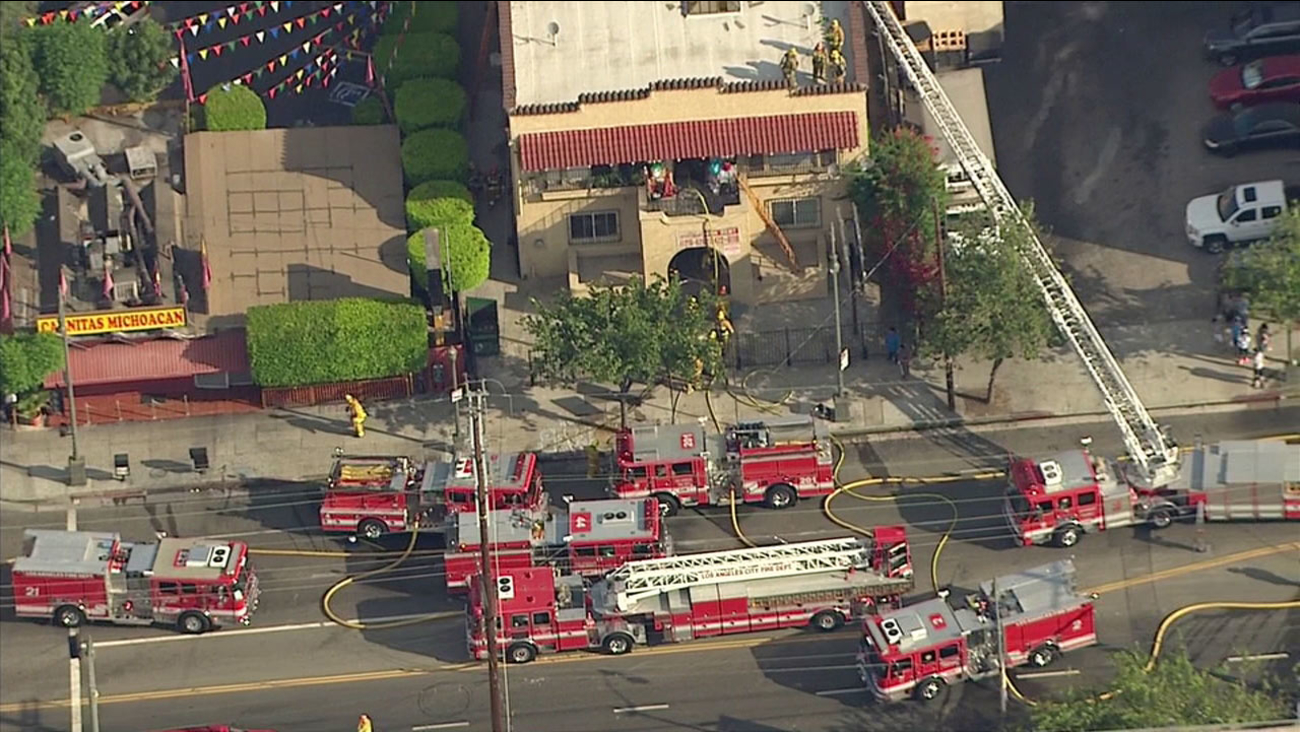 Firefighters work the scene of a structure fire on the 1900 block of N. Broadway in Lincoln Heights on Thursday, Aug. 4, 2016.

The fire broke out around 8 a.m. in the two-story structure located on the 1900 block of N. Broadway.

Fire officials said the blaze began in a first floor unit and spread to the space between stories. Ninety firefighters knocked down the blaze in 30 minutes, officials said.

Authorities said a 30-year-old man was transported to an area hospital to be treated for burn injuries. As of 9 a.m., he was described to be in grave condition.

Commuters were advised to avoid the area as fire crews finish their operations. Los Angeles Fire Department arson investigators were called to the scene.