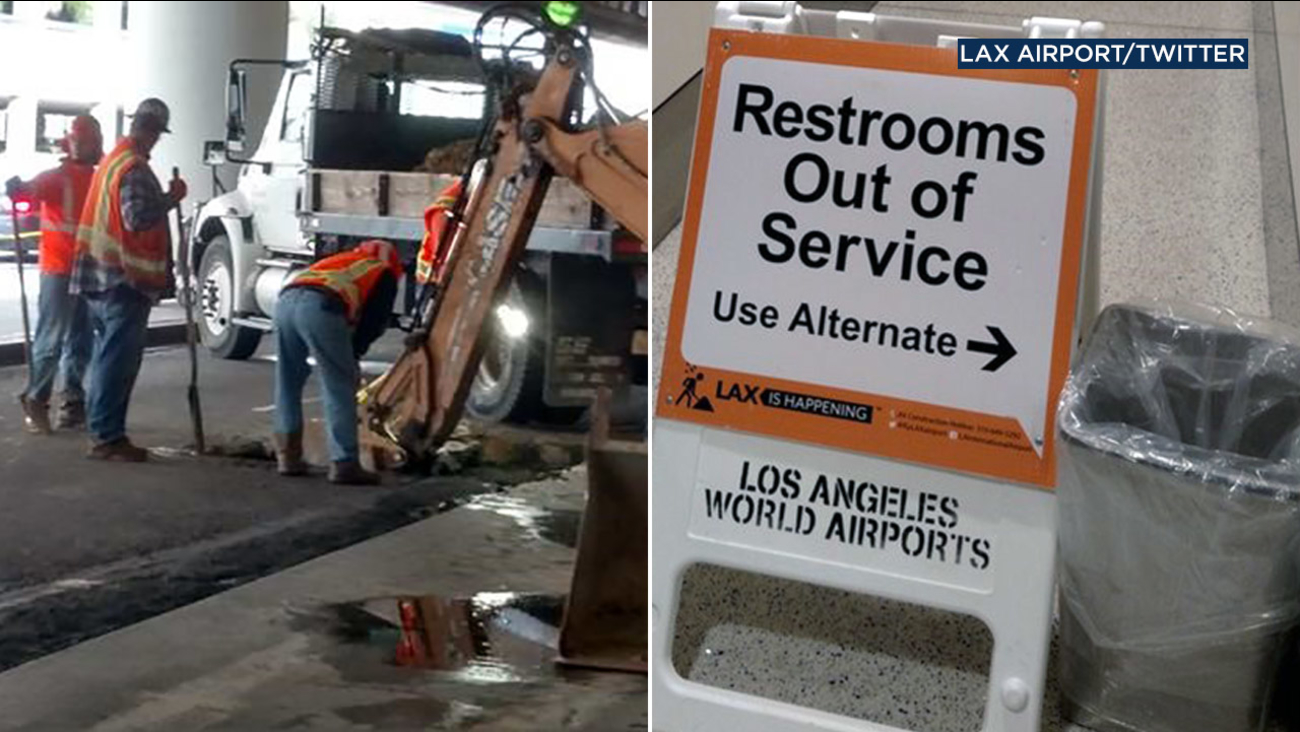 LAX officials said the water main break was reported at about 10:30 a.m. in front of Terminal 5 on the lower arrival level of the Central Terminal.

Passengers who used Terminal 5 were urged to arrive early due to the curb lane in front of the terminal being closed to allow crews to access and repair the damaged water main.

There were no reported flight delays associated with the water disruption.

Officials said the damaged line was shut down and passengers were advised to not use the bathrooms or drink from the water fountains in Terminal 5.

Portable restrooms and hand-wash stations were delivered. LAX workers handed out bottled water to passengers in the terminal.