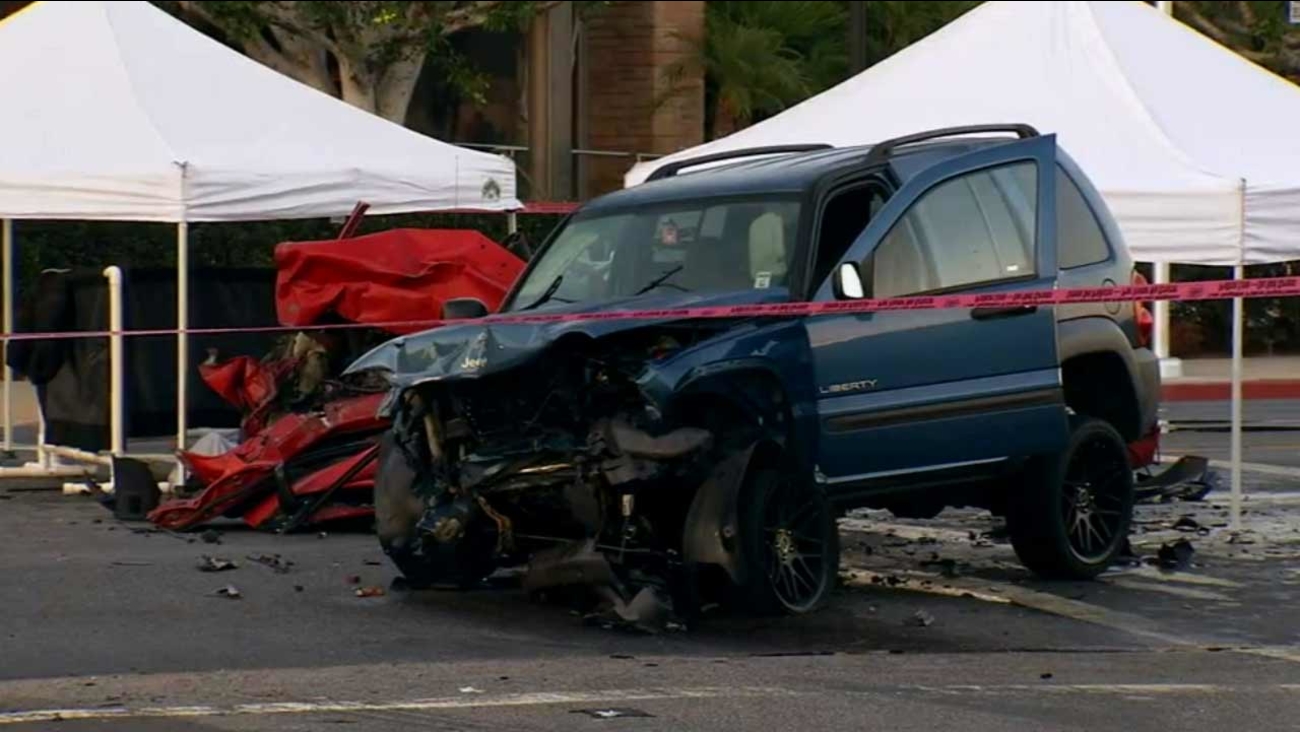 Three people were killed in a head-on collision in the 8300 block of N. Haskell Avenue in the North Hills area of Los Angeles Sunday, Aug. 9, 2015.

NORTH HILLS, LOS ANGELES (KABC) -- A 19-year-old man accused of driving under the influence during a crash in North Hills that left three men dead was charged Tuesday with murder.

Riley Holman, of Mission Hills, faces three counts of murder and one count of driving under the influence of a drug causing injury.

Early Sunday morning, Holman's Jeep Liberty crashed into a Toyota Corolla in the 8300 block of North Haskell Avenue, causing it to spin out and get struck again by another car.

If convicted as charged, Holman faces a maximum 49 years to life in state prison.