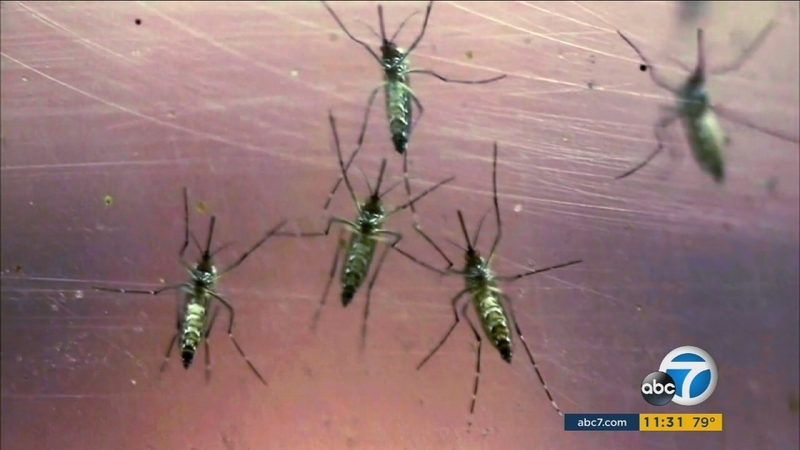 Attack on Zika virus heats up in Florida

LOS ANGELES (KABC) -- The California Department of Public Health reported Thursday that two babies were born with microcephaly - a Zika-related condition - to women who had the virus after spending time in another country.

The two women contracted the virus while spending time in another country where it is endemic, the health department said. The director of the department urged pregnant women to avoid travel to areas known to have Zika.

Although mosquitoes that can carry the virus have been found in 12 California counties, the department said there is no evidence those mosquitoes have transmitted the virus to any California resident.

As of July 29, the department confirmed 114 travel-related Zika virus infections in 22 counties and a total of 21 infections in pregnant women.

Meanwhile, an aerial attack is underway in Miami, officials taking to the sky to fight against mosquitoes carrying the Zika virus.

From the streets to personal protection, intense spraying took place in the Wynwood area of Miami, which is considered ground zero of the Zika outbreak in Florida.

It has been three days since the CDC issued an unprecedented travel ban, telling pregnant women to stay away from that popular area of Miami. The ban comes after the state's health department confirmed 15 locally acquired cases of the virus.

Mosquito inspectors have been on the hunt for any breeding areas for the insects. The state has spent more than $26 million to stop the spread of Zika and demanded help from the federal government.

At the Olympic Games in Rio, it was a rough welcome for Hope Solo. As the women's national soccer team took on New Zealand, the crowd began booing her. The crowd even chanted "Zika" when the U.S. goalie kicked the ball at the end of the game.

It's all in response to a tweet she posted a few weeks ago in which she donned a mask and held insect repellent.