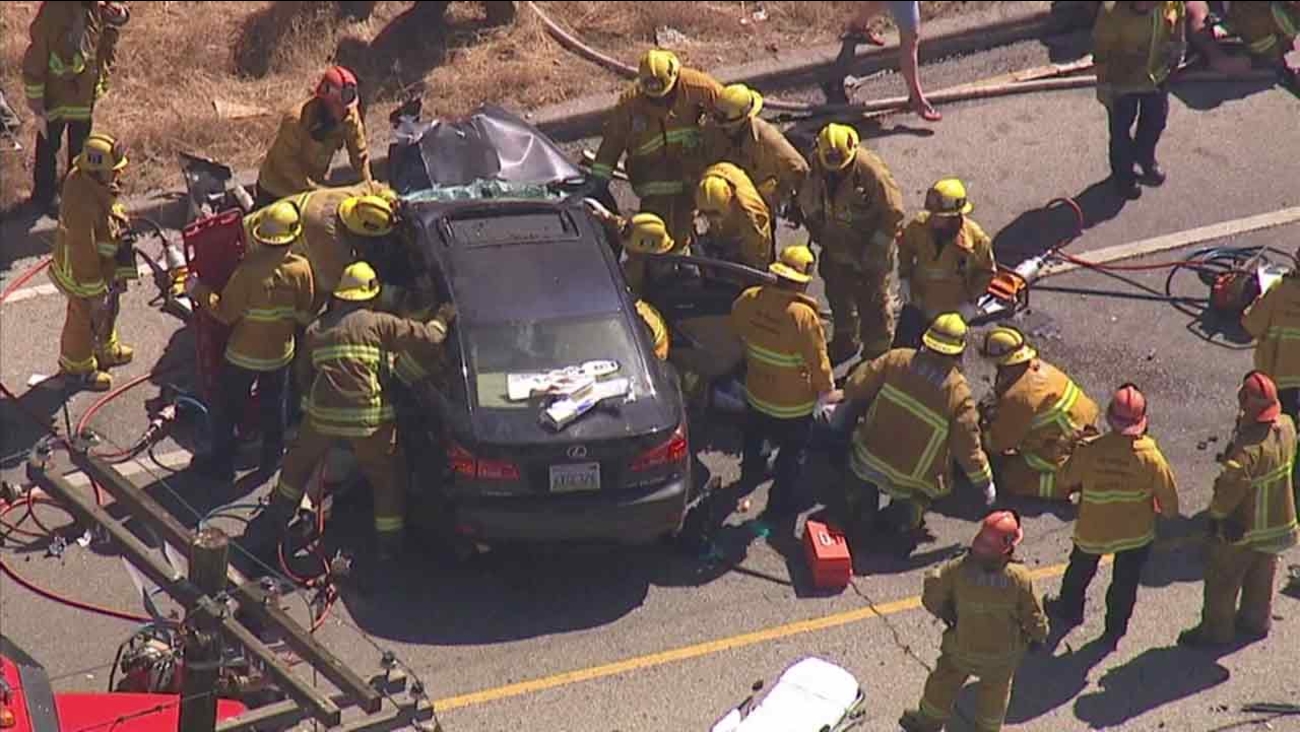 Geghard Karami, 19, and 31-year-old Argisht Minasian were pronounced dead at the scene of a three-car pileup in the 9200 block of La Tuna Canyon Road Friday afternoon.

A spokesperson for the Los Angeles Police Department's Valley Traffic Division said one or more vehicles attempted to pass in a two-way left-turn lane when the crash occurred.

Los Angeles firefighter-paramedics removed the roof of a sedan after a fatal three-car crash in Shadow Hills on Friday, Aug. 12, 2016.

Several patients were trapped in two of the wrecked cars and were subsequently extricated by some of the more than two dozen firefighters who responded to the crash site.

Karami and Minasian were the occupants in the first Honda when they were killed; two other men and two boys were initially hospitalized in critical condition, according to the Los Angeles Fire Department.

Another man was transported to a medical center in fair condition, while a sixth man sustained minor injuries and declined to be hospitalized.

The conditions of the hospitalized patients were later upgraded to stable, police said.