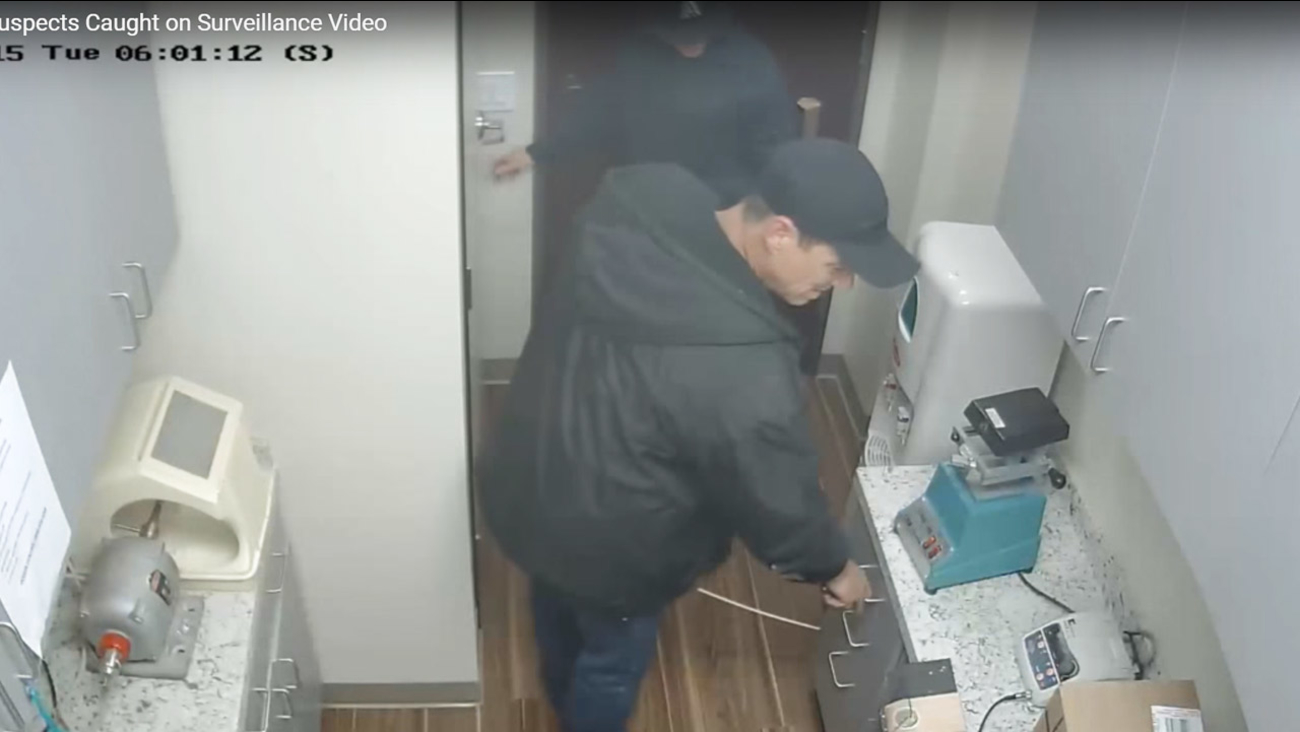 Two men were seen prying open the door of several offices with a screwdriver and forcing their way inside during off hours at a building located in the 6300 block of Topanga Canyon Boulevard on Oct. 19.

The suspects fled the location with stolen property.

Both men are described as white males between 25 and 40 years old. Authorities said they are between 5 feet 10 inches tall and 6 feet tall, weighing about 170 to 200 pounds. They were last seen wearing dark clothing and black baseball caps.

Surveillance video captured one suspect who has a distinct tattoo on the left side of his neck.

Watch the full video of the burglary.