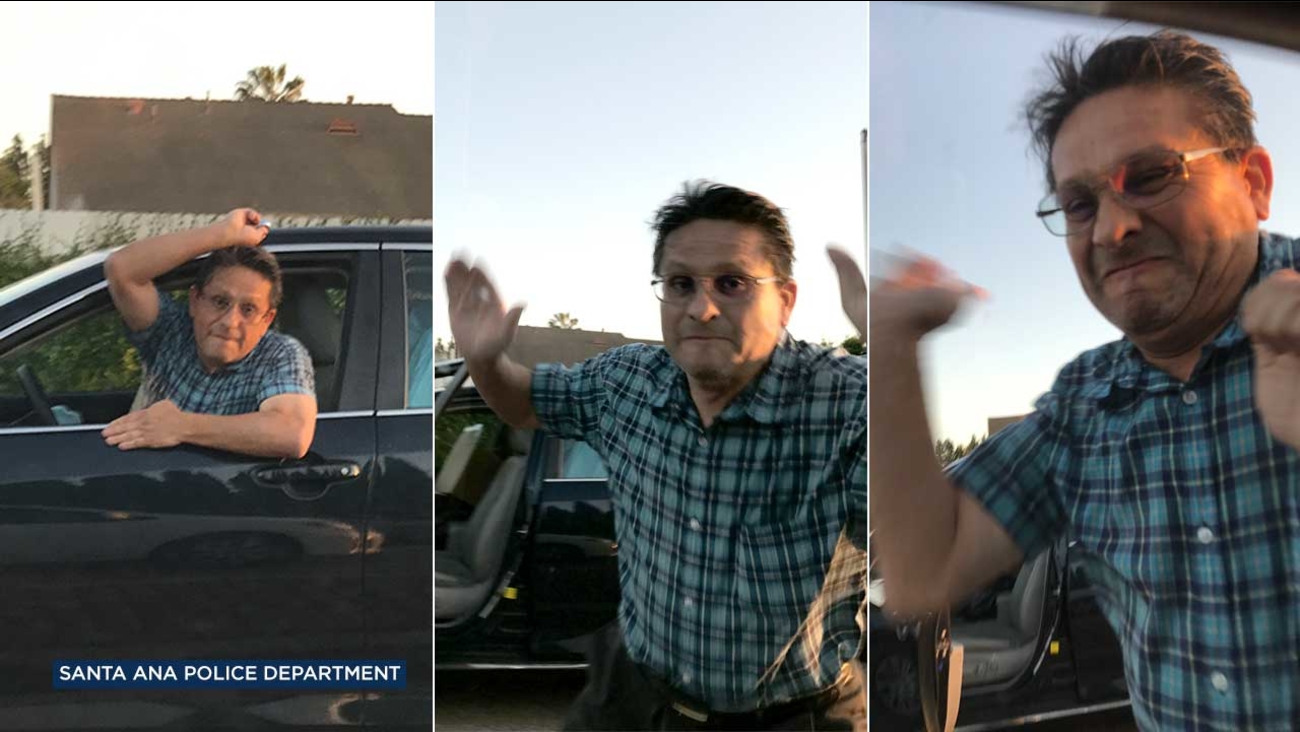 A man who went on a rampage at a Santa Ana gas station was photographed in a road-rage incident a short time later, police say. (Santa Ana Police Department)

SANTA ANA, Calif. (KABC) -- Santa Ana police arrested a man suspected of throwing a fit at a gas station and being involved in a road rage incident.

The man, identified as 57-year-old Corbalan Jorge Hernandez, had been living in his car with a last known address in Tustin, authorities said. He was taken into custody Friday in the 2700 block of Fairview Avenue. 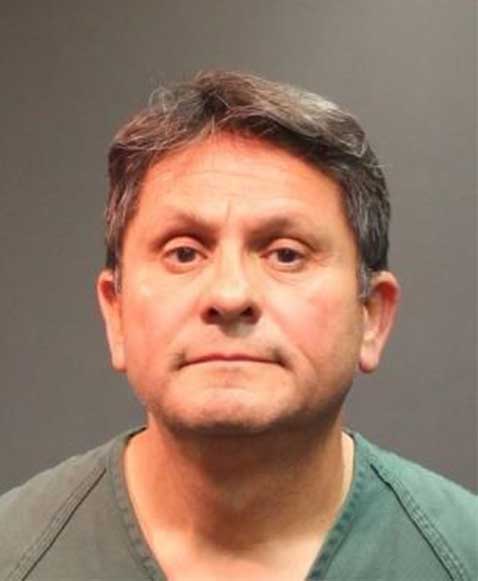 Corbalan Jorge Hernandez, 57, is seen in a booking photo.

On March 28, Hernandez was caught on video throwing a fit at a Chevron in the 2100 block of E. McFadden Avenue. He caused about $1,200 worth of damage, according to the gas station owner.

The situation started when Hernandez was seen loitering around the gas pumps, trying to remove a sticker. A clerk asked him to leave and that's when Hernandez began yelling at her and followed her inside the store, throwing candy bars at her.

He eventually walked out, but came back in trying to attack her. She was able to close the clerk door and lock it as she called 911. That's when Hernandez threw displays on the ground and at her before leaving.

Authorities said Hernandez then became involved in a road rage incident, where he cursed and spit at the driver and punched the passenger side window of their car.

During his arrest, Hernandez was asked about the gas station incident and he told authorities he was "having a bad day."
Related topics:
santa anaorange countyassaultcustomerviolencecaught on camerasurveillance videoroad rage
Copyright © 2020 KABC-TV. All Rights Reserved.
RELATED 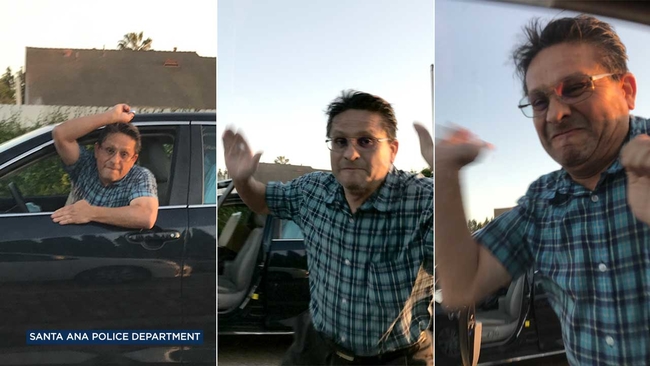