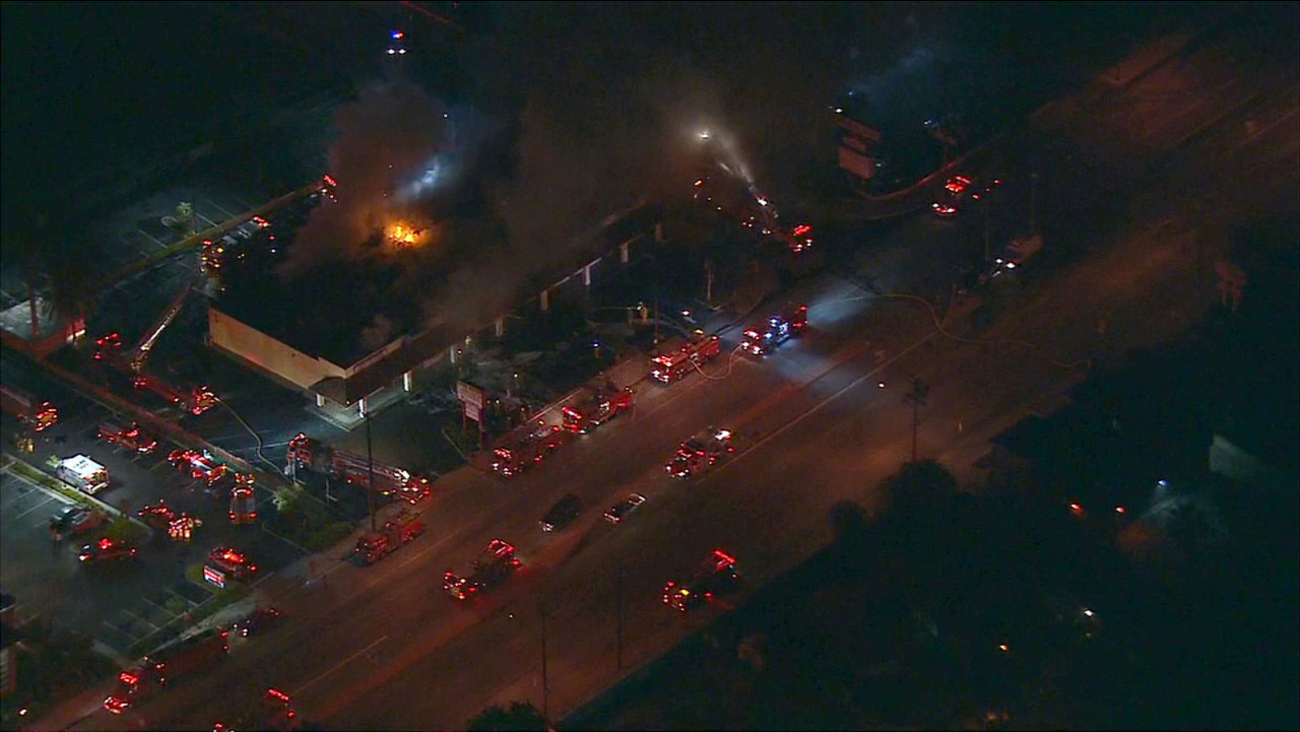 Firefighters battled a second-alarm fire at a strip mall in Pico Rivera on Tuesday, Oct. 6, 2015. (KABC)

The blaze broke out shortly before 4:30 a.m. in the 4500 block of Rosemead Boulevard south of Beverly Boulevard, according to Los Angeles County fire officials.

Investigators said one unit caught fire, and the flames spread through attic to other units.

Flames were sparse but thick smoke poured out of the structure, which had sings for a Domino's, a coin laundry and a nail salon.

Of the six businesses in the strip mall, fire officials said four were damaged.