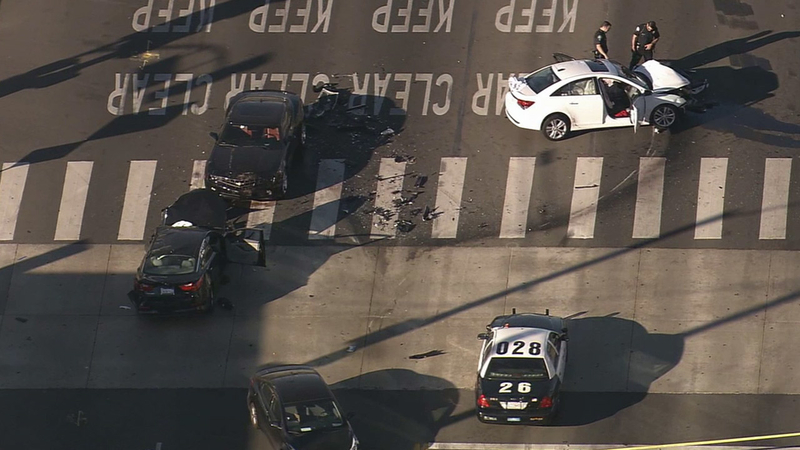 VAN NUYS, LOS ANGELES (KABC) -- Three people were hospitalized Saturday afternoon after a man suspected of driving under the influence crashed into three cars near a Metro bus line in Van Nuys.

Authorities said at around 12:30 p.m., a Los Angeles Police Department officer spotted the suspect speeding along Sepulveda Boulevard at Riverside Drive when he began following the suspect. The driver, in a white Chevy Cruze, was traveling at more than 60 mph as the officer lost sight of the vehicle.

Shortly after, officers found the car just north of Oxnard Street after it had crashed near the orange line, where police said they found empty beer cans inside the vehicle.

The man and a woman were trapped in their cars for some time before Los Angeles firefighters were able to extract them.

The suspect, the woman and her daughter were taken to a nearby hospital in unknown conditions. At last check, the suspect was undergoing surgery for a head injury and broken legs.

The Metro bus line was rerouted, and the intersection was expected to be shut down for a few hours.

The cause of the crash remained under investigation.