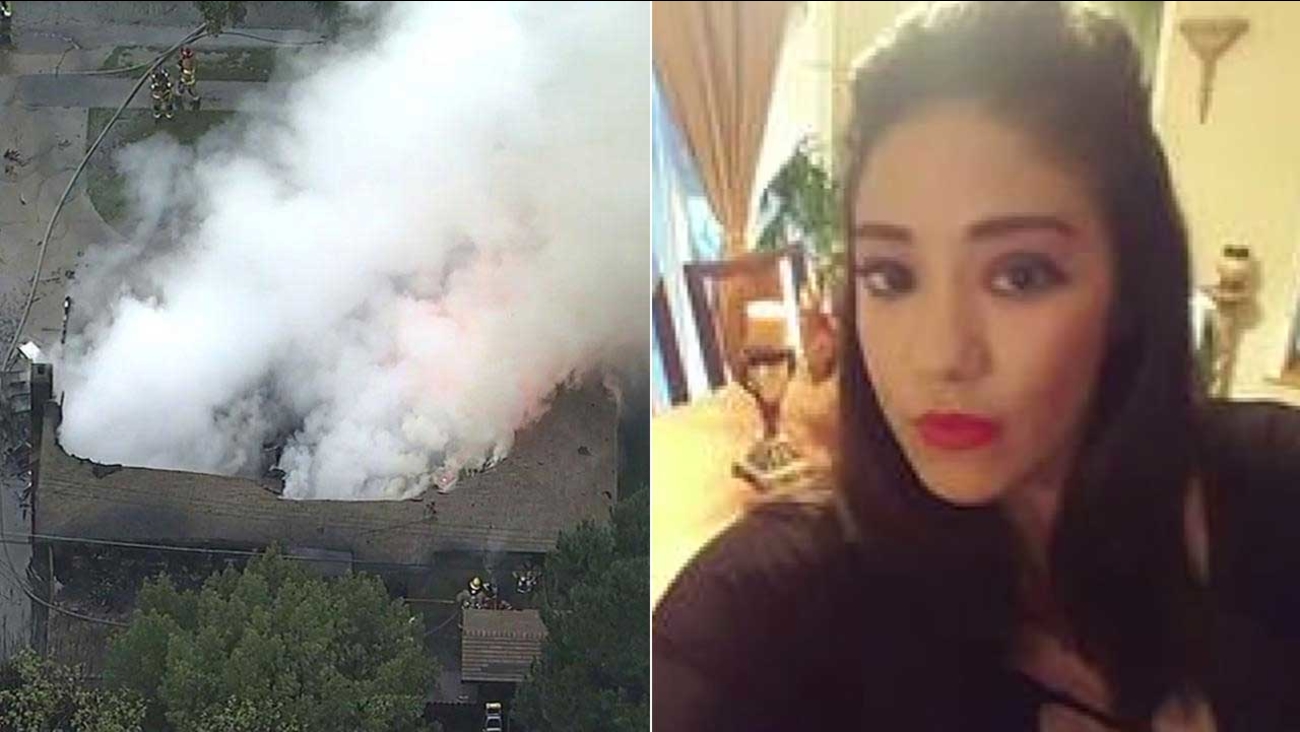 Adine Farelas, right, was one of three people who were killed when a small plane crashed in residential Riverside on Monday, Feb. 27, 2017.

RIVERSIDE, Calif. (KABC) -- The three people killed when a small plane crashed into two Riverside homes were identified by the coroner's office.

The deceased were identified as Nouri Hijazi, 83; Dana Hijazi, 67; and Adine Farelas, 22. All were from San Jose.

Nouri Hijazi had flown a group of five that included his wife Dana and daughter from their home in San Jose to watch his granddaughter's cheerleading competition at the Disneyland Resort.

But just after takeoff on the return trip Monday, his small Cessna hit two houses in residential Riverside, killing him, his wife and Farelas, a family friend, authorities and family members said.

Officials had said earlier that a man, a teenage girl and a woman were killed. The coroner's report clarified the victims' identities and ages on Thursday morning.

Surveillance video shows the terrifying moments a plane crashes into a few homes in Riverside.

There were no immediate indications of what caused the crash.

Family members say Nouri Hijazi had loved to fly and had taken to the skies for many years.

"He was an extremely experienced pilot, which was his hobby, his passion," Christy Crown, sister-in-law of the Hijazis' daughter Stacey Pierce, said in a statement Wednesday. "We want to say how incredibly devastated and heartbroken we are and still trying to process everything."

Pierce survived the crash and was listed in critical condition on Wednesday for burns she suffered during the crash, KGO-TV reported.

Pierce's daughter and the other young teen the group had gone to see in the competition both made it home safely to San Jose on a bus with their team.

The team they were watching, Union Middle School from San Jose, won the competition, according to KGO-TV.

The second teen is the younger sister of Farelas, who died in the crash, and the daughter of Sylvia Farelas, who was the second survivor.

Sylvia Farelas is severely burned over much of her body and has undergone multiple surgeries since the crash.

Her son, Brandon Farelas, told KGO-TV that his mother had called him before the flight and said she was worried about the rainy weather in Riverside.

Weather in the area 60 miles east of Los Angeles had included rain, but authorities did not say if that played a role in the crash.

"She would always be there for me, and I appreciate her so much. Now I realize exactly what it is I'm losing, so it hurts, but I will always love her. She'll always be looking down at me," Brandon Farelas said of his sister, Adine.


The Cessna ignited a major fire that destroyed two homes and slightly damaged two others when it crashed. No one on the ground was hurt.

One of the houses that was hit had been empty, but Dave Swinfard was sitting inside the other when the plane hit.

He was not hurt but he was unable to get out any of his 12 cats as the house went up in flames. 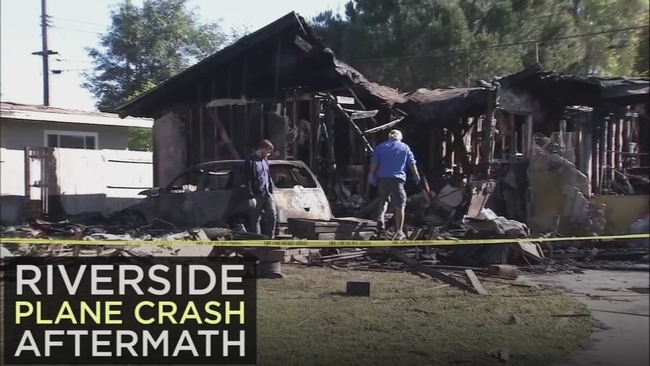 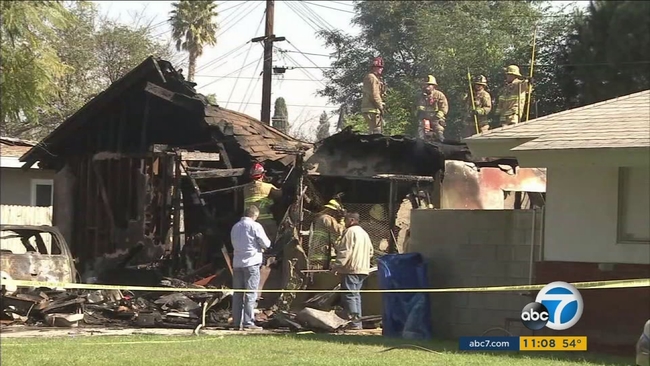 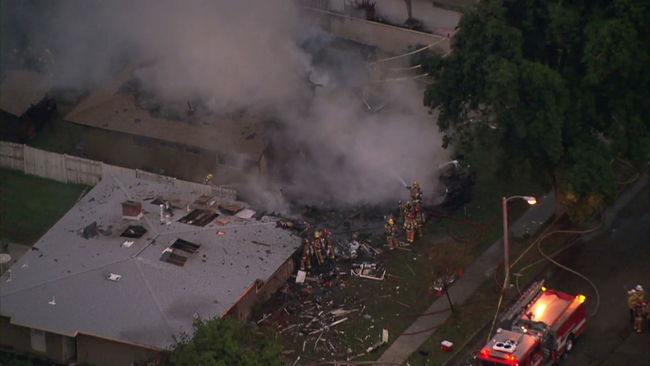 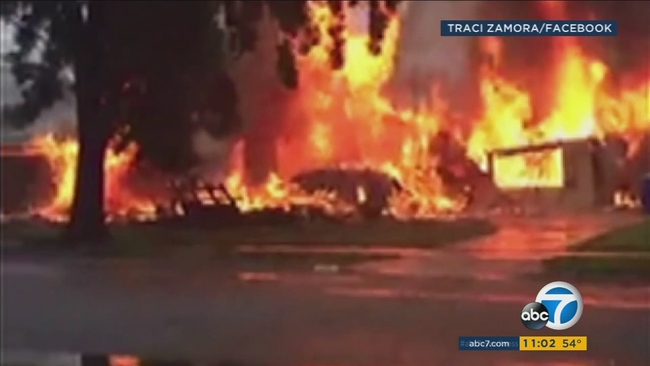