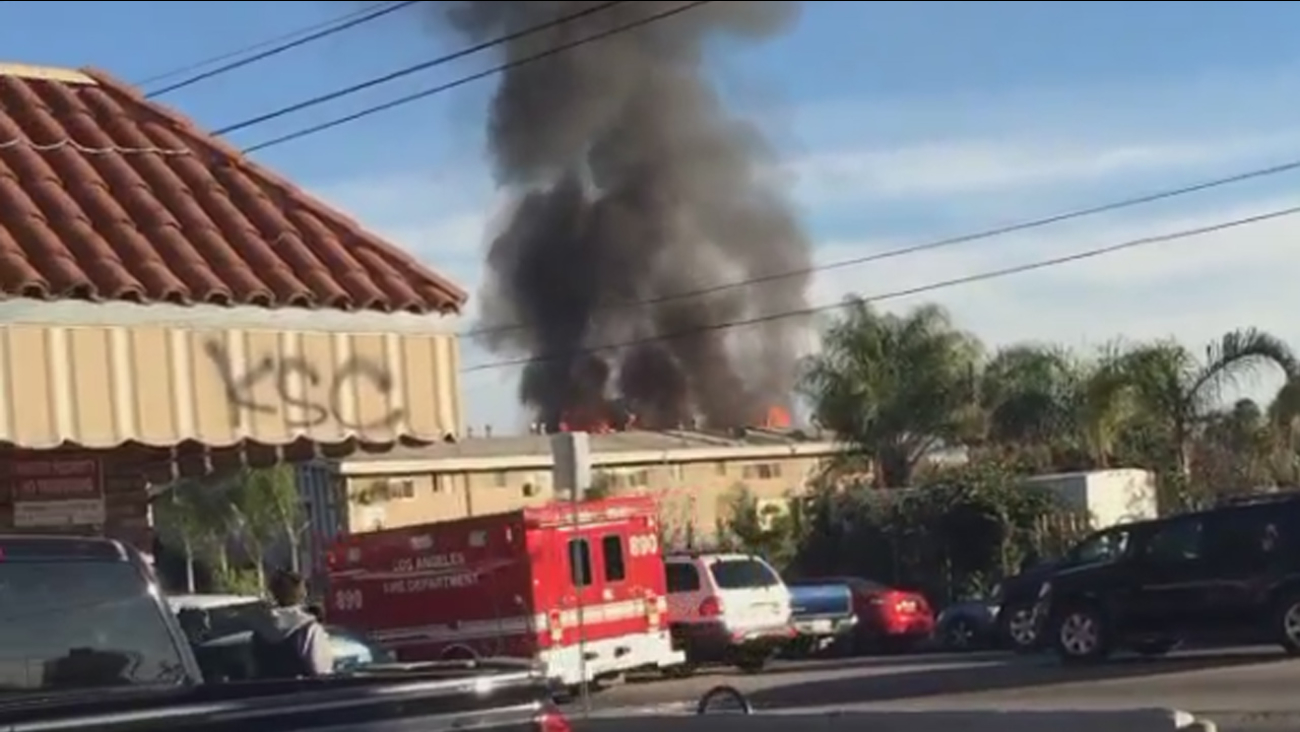 VAN NUYS, LOS ANGELES (KABC) -- A 56-year-old man was injured in a fire that destroyed the second floor addition at a home in Van Nuys. Fire officials said a faulty fireplace was to blame.

The flames were reported at about 3:10 p.m. in the 6740 block of Gaviota Avenue. About 45 firefighters knocked down the fire in about 25 minutes. No functional smoke alarms were found at the home.

The man was allegedly sleeping at the time of the fire. He suffered second degree burns to his feet and chest and was listed in fair condition.